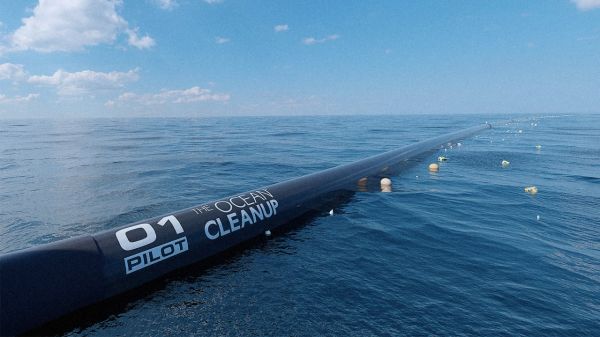 The world’s largest ocean cleanup effort is officially underway. Nonprofit group Ocean Cleanup has launched its $20 million system that is specifically designed to gather the massive amount of trash floating around the “Great Pacific Garbage Patch.”

Designed by an 18-year-old Dutch inventor, the floating boom system drifts in currents and collects trash into its massive U-shaped net. The boom is currently undergoing some initial testing out of San Francisco Bay. In mid-October, the boom will be dragged out 1,400 miles into the heart of the Pacific Ocean to finally get to work.

According to estimates, combining multiple boom systems has the potential to clean up roughly half of the Great Pacific Garbage Patch within one year. That means each boom can take in roughly 150,000 pounds of plastic annually. When the booms become full, a boat will collect the system and bring it back to land for sorting and recycling.