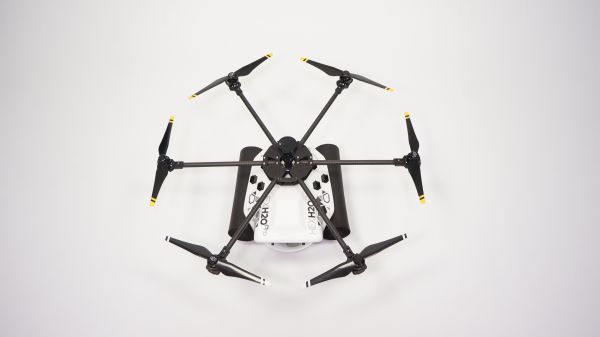 A new waterproof drone by Quad H2o is set to be released on March 31. The Hex H2o Pro V2 is their latest waterproof drone, which features DJI's 4K camera and a stabilized gimbal. The DJI Go App-operated drone is capable of flying in rainy/snowy weather, features buoyancy devices, and can even shoot below the waterline. This drone will surely appeal to underwater photographers who have previously lost a drone at sea or those who are thinking about getting into aerial imaging. The purchase price is $6,449.

The HexH2o Pro V2 is the latest in the fleet of waterproof drones from Quadh20.

Following the continued success of this UK based drone company Quadh20 has continued to push forward the boundaries in the ever demanding and technically advanced drone market and have now released their most powerful waterproof drone to date.

It boasts some impressive features including DJI’s 4k X3 camera and gimbal system, high definition video down-link supplied by the DJI Lightbridge 2 giving a range of up to 3.5 kilometers, up to an impressive 30 minute flight time and all controlled via the powerful DJI Go App.

This combination delivers the most advanced waterproof drone on the market giving users the confidence and ability to safely capture stunning aerial video and photography above and below the water.

QuadH20’s waterproof drones have been used world-wide for search and rescue; first response; industrial inspections; scientific research and marine biology to name but a few. The unique waterproof qualities of the HexH20ProV2 with its ability to safely fly in the rain or snow, land on water and even film below the waterline bring a versatility not available with other drones.

A few of the key features: