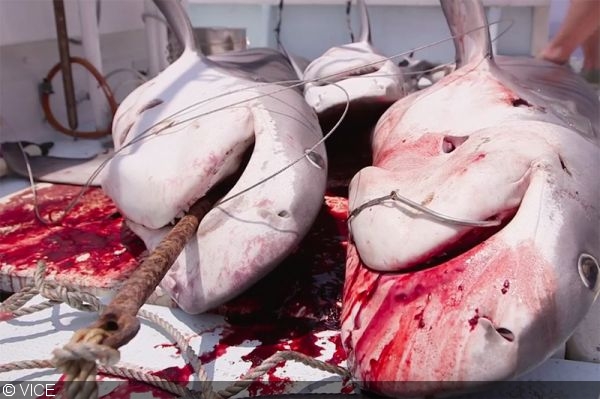 Fishermen in Okinawa, Japan have noticed their catch being stolen by hungry sharks and have taken it upon themselves to cull the sharks once a year—much to the dismay of shark conservationists.

VICE has produced a documentary on this controversial practice, going inside the world of Japan’s shark hunters. The video-journalists interview and follow along as the fishermen head out into open waters to bait and kill dozens of sharks.

In the second part of this two-part documentary, the journalists spend time with the scientists who track the dead sharks and find out their final destination. As well, the scientists can use the culling as an opportunity to investigate levels of pollution in local waters. Check out part one of the documentary, below. Part two can be found, here.