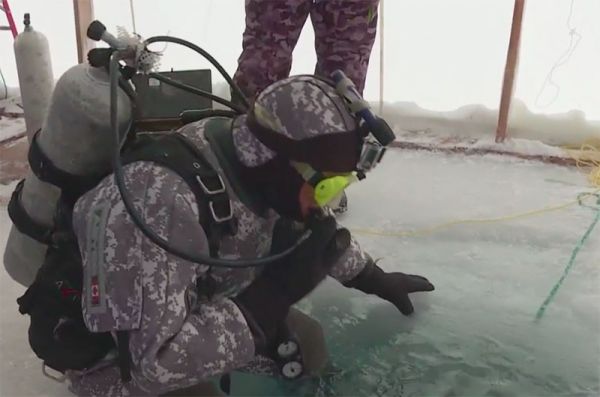 It’s a difficult job, but someone’s gotta do it. You might say that about Sammy Qappik’s occupation. The Nunavut native braves the Canadian arctic to hunt for massive clams under the ice.

In a new video by CBC, you can travel along with the brave diver he chainsaws a hole through the ice and enters a completely different world. When the clams are in high demand, Qappik can make up to three dives a day to collect what he calls the “freshest and cleanest clams in the world.”

"You have to watch your breathing," Qappik told CBC. "And it is dangerous, I always have to be alert."
While most of the diving is somewhat monotonous, sometimes the ice diver is treated to other wildlife sightings, such as seals. Check out the video below—but perhaps bundle up a bit first.