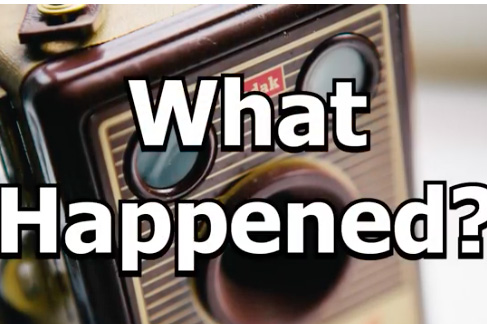 Forget the Canon vs. Nikon debate. For the better part of a century, Kodak was the undisputed king of photography. Now, the company is reduced to a virtual non-existence—except their recently released cryptocurrency pivot, the KodakCoin.

At any rate, the demise of Kodak in the last several decades is an interesting history lesson for photo business entrepreneurs. It’s a lesson encapsulated in “The Decline of Kodak,” a video put together by the Company Man YouTube channel. The 12-minute video details the rise and eventual fall of the once-iconic photo company, which declared bankruptcy in 2012.

The overall thesis is that Kodak failed to put enough emphasis on digital photography technology. This may like an obvious cause looking back 20-plus years since the emergence of digital imaging. However, at the time, digital might have just seemed like a fad. That’s why Kodak isn’t taking any chances with cryptocurrency. Stock up on your KodakCoin, folks.