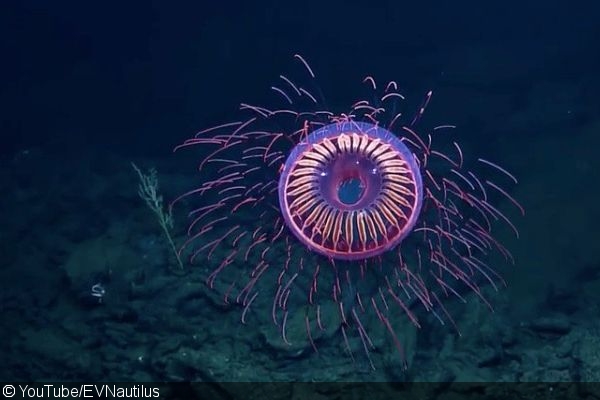 If you missed the fireworks for New Year’s celebrations, then we have an encore for you.

Researchers on the E/V Nautilus captured rare footage of an illuminated jellyfish that resembles an exploding firework. The specimen is known as the Halitrephes maasi and lives at extreme depths. In fact, researchers found the jelly in the popular diving waters of the Revillagigedo Archipelago. But the sighting came far beyond recreational dive limits—at 4,000 feet.

How does the light show work? We’ll let the scientists explain: “Radial canals that move nutrients through the jelly’s bell form a starburst pattern that reflects the lights of ROV Hercules with bright splashes of yellow and pink—but without our lights this gelatinous beauty drifts unseen in the dark,” the researchers write.