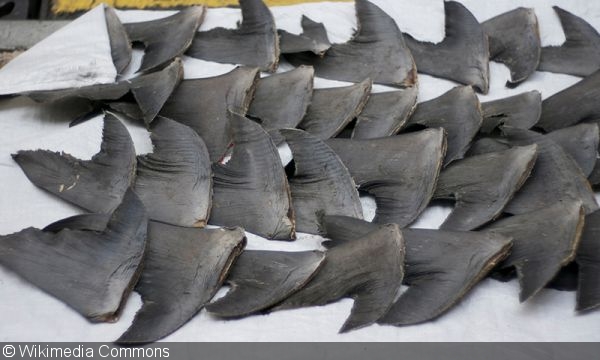 The 116th Congress went back to work on Wednesday, with a bipartisan group of House members reintroducing a bill prohibiting the trade in shark fins within U.S. borders. While finning is already illegal in U.S. waters, supporters of the bill assert that ending the fin trade would put pressure on the market, thereby reducing finning elsewhere.

Northern Mariana Islander independent Gregorio Sablan, who is spearheading the bill with Michael McCaul (R-Texas), said in a statement: “The strong, bipartisan support for this legislation sends a clear message that we have to pay more attention to protecting the Earth’s oceans and the life within those oceans.”

The legislation, known as the Shark Fin Trade Elimination Act, was first introduced by Sablan in 2016, but at the time Congress failed to act. “It is long since time we leverage our economic might against shark-finning and work to counter the larger issue of animal poaching and the illicit trafficking of animal parts,” said McCaul.

Opposition to the bill comes from Marco Rubio (R-Florida) and others, who claim that the law will do little to dent the illegal global shark trade, and have introduced competing legislation “that recognizes the sustainable and economically-valuable fishing practices of U.S. shark fishermen and promotes U.S. standards for shark conservation and humane harvest.”

Paul Chau wrote:
You know, no matter how much we are going to try and eliminate the culling of sharks for their fins, there is always going to be some sort of black market who will try and get underneath the law and continue doing this. Hopefully there will be a proper way to enforce any new penalties they are thinking of implementing...
You must be logged in to comment.
Support Our Sponsors
Advertise With Us
Newsletter
Travel with us