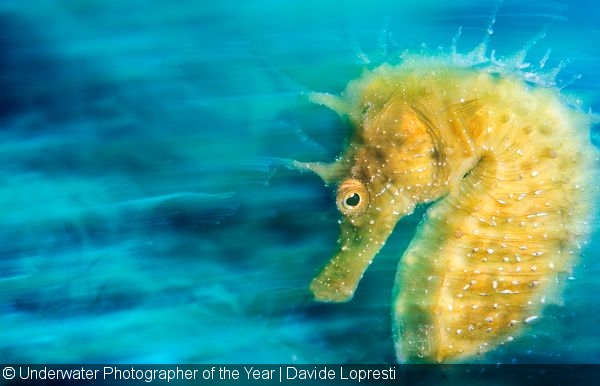 You can download a free yearbook of the top 80 images from the competition here.

Lopresti’s winning picture is artistic portrait of a spiny seahorse taken in Trieste, Italy. He set out to photograph the seahorses to celebrate their return to areas of the Mediterranean that have been protected from destructive fisheries, such as trawling. Artistically and technically impressive, Lopresti’s photo combines panning and a long exposure, which create painterly textures from the seabed. He then used a flash restricted to a spotlight to pick out the details of the seahorse. It is simply “beautiful and creative, a very worthy overall winner,” commented chair of the judging panel, underwater photographer and marine biologist Dr Alexander Mustard.

The title of British Underwater Photographer of the Year was awarded to Dan Bolt from Devon for his photo “Catshark Supernova”. This award is open to all British residents and British nationals wherever they are based in the world. Bolt’s winning picture was taken close to home in Thurlstone Bay. “The reef system there is a favoured laying ground for the smallspotted catshark,” said Bolt. “The eggs are also known as mermaid’s purses. I carefully positioned my strobe behind the egg to reveal its hidden beauty.” 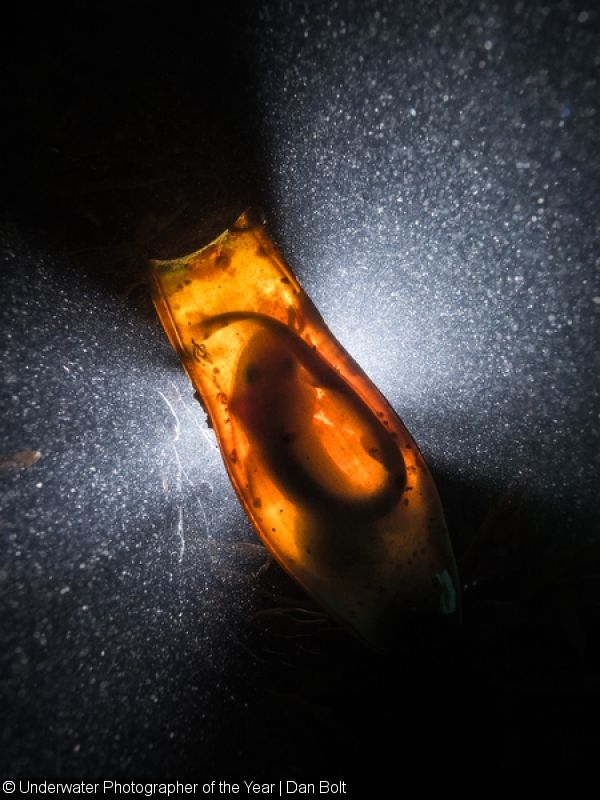 The Underwater Photographer of the Year also aims to promoting new talent. Pier Mane from South Africa was named as Up & Coming Underwater Photographer of the Year for his image “Three Pillars” photographed in the Bahamas. “Shark dives are exciting, but that makes them one of the hardest places to think as a photographer,” commented Mustard. “Pier deserves particular praise in producing such a powerful composition, when most of us would have our eyes and lenses fixed only on the sharks.” 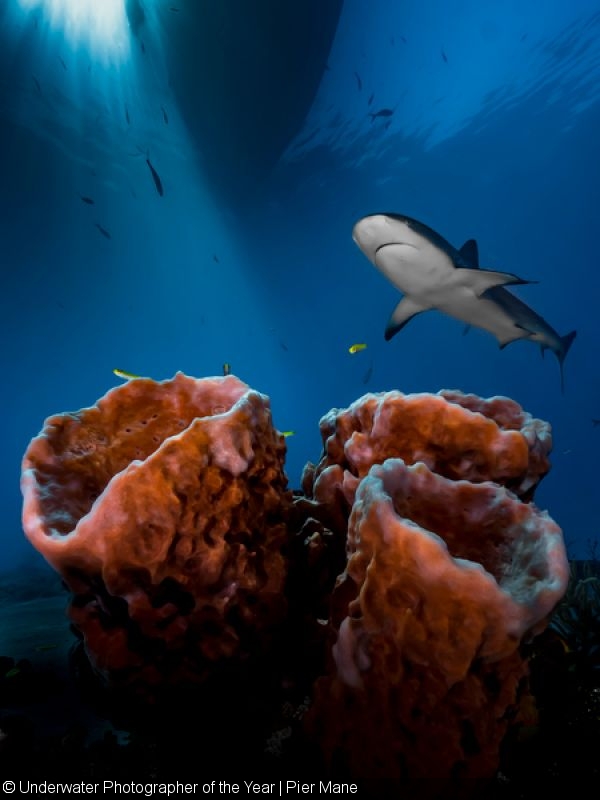 The title of Most Promising British Underwater Photographer, 2016, was awarded to Marty Engels Dunmore from Suffolk for her image “Fired Up” taken on the Kittiwake wreck in Grand Cayman. Preparation paid off for Engels Dunmore “it isn’t easy to produce a unique image of this well loved wreck. This picture was planned long before I’d ever seen the wrecks with my own eyes. Deep inside I found this wonderful old machine, and placed my dive torch inside, as if the fire was still burning.” 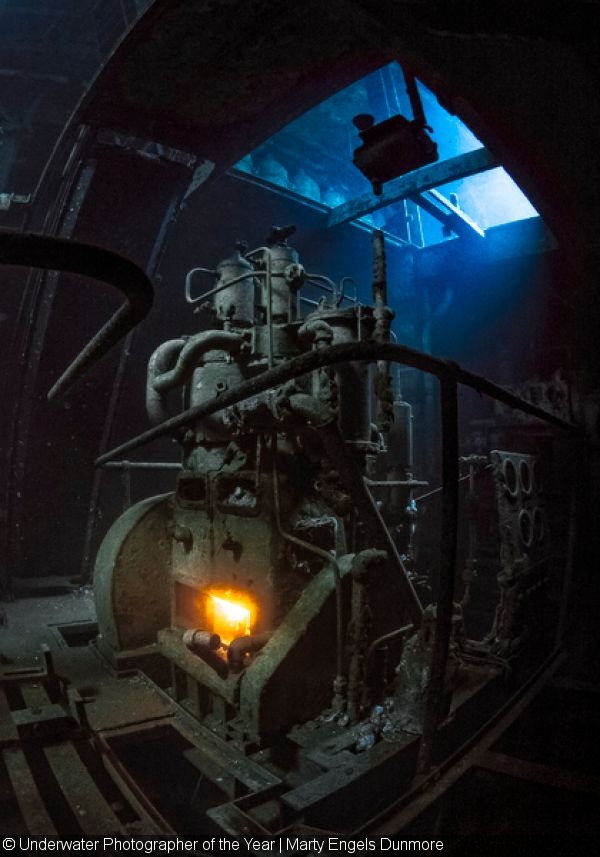 In addition to these four special awards, the competition was divided into 8 categories, testing photographers’ skills in macro, wide angle, wrecks and behaviour. There were also categories just for photos taken in UK waters. The full results are listed below.

Three esteemed judges; Alex Mustard, Martin Edge and Peter Rowlands had the pleasure of going through the entries to select the award winners. “It was astounding and humbling seeing the quality,” said Alex Mustard, chair of the judging panel and the driving force behind UPY. “It is a tough job distilling them down to the very best. Every single image that placed is an amazing moment from the underwater world. And many that nearly made the collection, were almost as stunning. There has never been such strength in depth in underwater photography.”

“Selecting the winners is enjoyable, but also pressured. Nobody’s work is judged as meticulously as the judges! We take the process very seriously, bringing all the judges together in one room, all looking at and discussing the images face to face over two days,” said Mustard. “Many competitions are judged online these days, with judges never meeting and I think that our old school approach really strikes a chord with the entrants, who appreciate the effort we put into evaluating their images. I think that is a big reason why we attract entries from underwater photographers in 54 different countries. “

Comments on the two awarded images by Martin Edge, judge of UPY and author of “The Underwater Photographer”.

“Gold”: Blue surrounds the entire four corners, which helps to keep the eye of the viewer firmly focused on the detail of the seahorse. The eye cannot escape the frame, it continues to rotate in circles. Complementary colours of blue and yellow are entirely responsible for the ‘wow factor’, which this image has from first viewing.

“Catshark Supernova”: This image grew on me through the judging. Day one, it was all about the silhouette of the shark within the egg. By day two it was the balanced shape and ethereal light of the silhouette. Its masterstroke is to shape the backlighting in the form of wings. Outstanding.