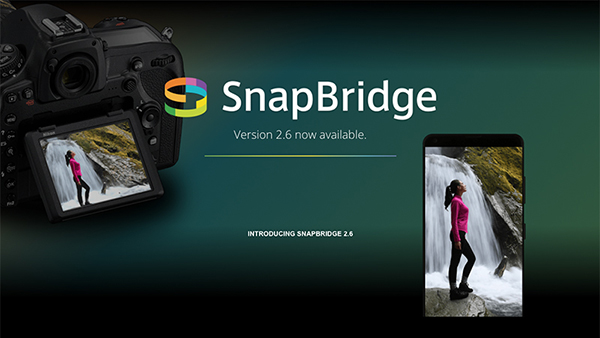 Nikon has released an updated version of its SnapBridge app, which allows its Bluetooth/Wi-Fi-enabled cameras to upload images to a compatible smartphone or tablet. Crucially, Version 2.6 allows users to download RAW (NEF/NRW) images over Wi-Fi. It also promises “faster image transfers” and a “faster, easier initial pairing process”—apparently addressing the many complaints about connection problems and overlong image transfers directed at earlier versions of the software.

With the new update, DSLR and mirrorless users will be able to control their cameras via the app, including adjusting focus, aperture, shutter speed, and white balance. The app has also been redesigned to make it easier to use.

Android and iOS versions of SnapBridge can be downloaded from their respective app stores.