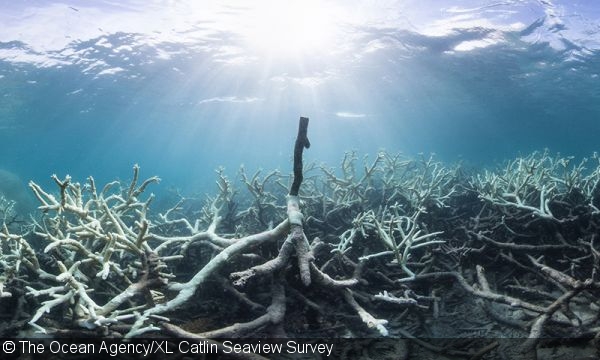 President Donald Trump declared today that he is withdrawing the U.S. from the Paris climate accord, the agreement within the United Nations Framework Convention on Climate Change on limiting greenhouse gas emissions that was adopted by 195 countries, including America, in December 2015. The U.S. will join just two other nations—Syria and Nicaragua—left out of the agreement.

The President isn’t just denying the scientific consensus on the direct links between greenhouse gas emissions and climate change. He is also ignoring calls by big business—including Apple, Google, Microsoft, Intel, Unilever, and many others—to remain in the agreement, who argued that participation benefits U.S. companies and the economy. Announcing his decision to pull out, Trump made reference to the voters who supported him in America’s coal country: “I was elected by the citizens of Pittsburgh, not Paris.”

The move is the latest in a series of decisions made by Trump since taking office that have been met with scathing criticism by the political left, the scientific community, and environmental activists, including his appointment of climate change denier Scott Pruitt to head the US Environmental Protection Agency and his recent budget that proposes deep cuts to numerous research agencies, such as the National Oceanic and Atmospheric Administration (NOAA).

While the Paris Agreement focuses on climate, it also notes that “it is important to ensure the integrity of all ecosystems, including oceans.” Greenhouse gas emissions and the rise in global temperatures are already having a devastating impact on the oceans and its inhabitants. With the change in seawater chemistry due to the uptake of carbon dioxide, the health of countless calcifying species from plankton to corals is at serious risk, while the increase in seawater temperature is causing catastrophic coral bleaching events which threaten the survival of the planet’s reef systems.

Jacek Dziura wrote:
wow, incredibile
You must be logged in to comment.
Support Our Sponsors
Advertise With Us
Newsletter
Travel with us