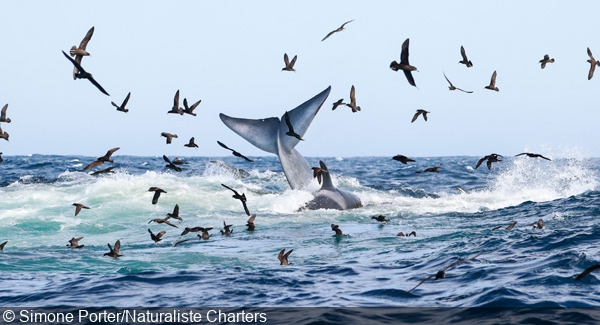 Orcas’ taste for seals, sea lions and penguins is well known, and groups of these graceful apex predators have also been recorded attacking large cetaceans like minke whales and gray whales. But a pod of killer whales hunting a blue whale? That’s a very rare event few get to see. Yet that’s exactly what a group of tourists and scientists witnessed recently off the coast of Western Australia.

“We saw nature in all its glory, the harsh and the beautiful,” writes Kristy Brown, a marine biologist with Naturalise Charters, in a blog post about the incident, which occurred in mid-March at the Bremer Bay Canyon, a deep-sea cleft about 40 miles off WA’s remote southern coastline. “This wasn’t a game to be rushed. This was strategic, thoughtful, collaborative, patient, persistent taking down of a gallant blue whale.”

The tour group arrived at the canyon in the late morning and were immediately greeted by the scattered surges of the orcas, indicating that an unusual hunt was on. Then a few of the crew spotted a long, high blow that could not have belonged to any of the predators. It was a blue whale—a juvenile that the team estimated to be about 16 meters (52 feet) long, roughly double the size of the individual orcas surrounding it.

“Over and over the orcas nudged and jostled, pushed and pulled, and the animal kept swimming, near to the surface it stayed, occasionally diving but not deep, and each time it came up for a breath the orcas persisted,” wrote Brown, noting that the crew estimated that at least 50 animals were involved, perhaps as many as 70, working together to tire out the blue whale and force it into shallow water. The tour group and crew watched the hunt go on for almost four hours before, finally, the blue whale met its end. “A bubble of blood rose to the surface like a bursting red balloon.”

Read Kristy Brown’s full blog post, and check out these amazing photos of the hunt, kindly supplied by Naturalise Charters. 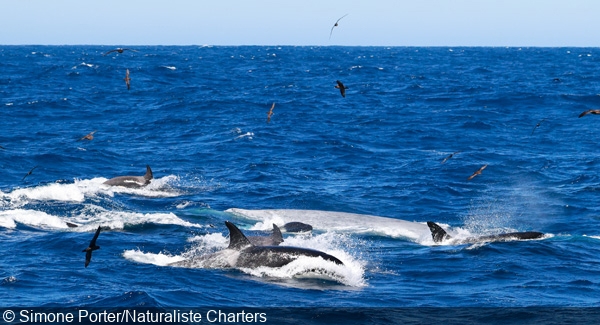 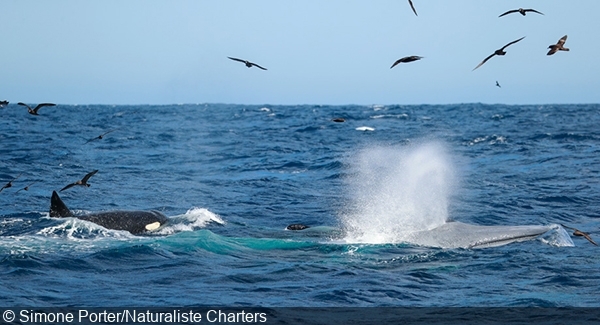 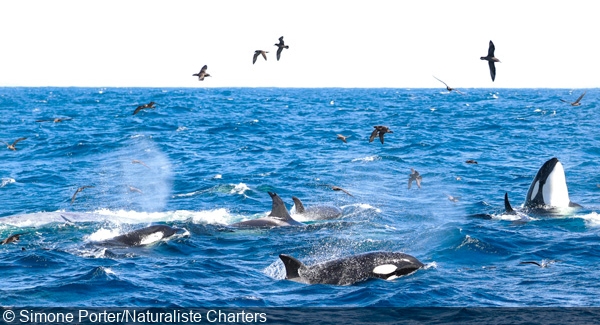 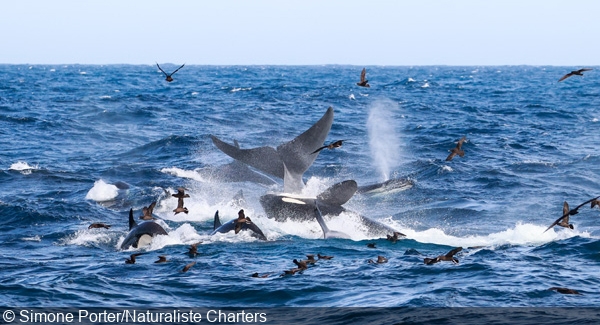