New research from the NOAA has found that fish populations along with commercial and recreational anglers have all benefited from the creation of the Tortugas Ecological Reserve in the Florida Keys National Marine Sanctuary in Florida.

The Tortugas Ecological Reserve has a “no take” policy and is 151-square nautical miles in size. All consumptive use of the Reserve is banned, including fishing and anchoring, and parts of it are only open to marine researchers.

Since the reserve’s creation in 2001, Key West commercial fishing profits have increased by an estimated $16 million. Populations of overfished species such as black and red grouper, yellowtail, and mutton snapper have increased, and this is seen not just within the reserve, but throughout the Key West region.

"This research shows that marine reserves and economically viable fishing industries can coexist," said sanctuary superintendent Sean Morton. "The health of our economy is tied to the health of our oceans. They are not mutually exclusive." 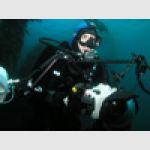