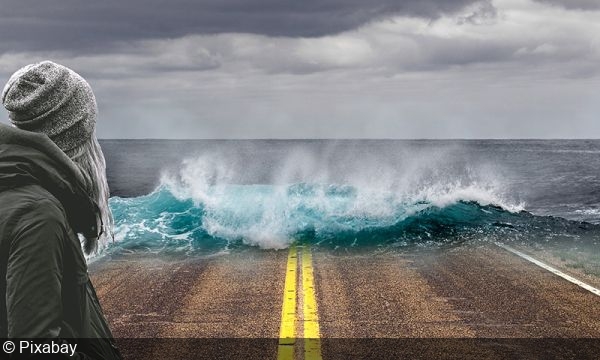 New research by US nonprofit news organization Climate Central suggests that coastal flooding due to climate-driven sea-level rise will affect millions more people than previously thought. The study finds that by 2100, some 190 million people will be occupying areas that will be below the high-tide line.

The work, published in Nature Communications, seeks to correct biases in data used in previous models of ocean encroachment in coastal areas, notably from Space Shuttle Endeavour’s 2000 mission to map elevation across the planet. According to the Climate Central team, the data contain biases that suggest the land is higher than it really is. Problem areas include forests, where the Shuttle’s radar instrument measured not the ground but the tree canopy. The new work makes use of higher-resolution data from airborne 3D laser scanning (lidar) instruments to correct the Shuttle’s model.

The study says six Asian countries—China, Bangladesh, India, Vietnam, Indonesia, and Thailand—face annual coastal flooding by 2050 that will affect 237 million people—183 million more than previous estimates. The difference between the projections based on the old data and those using the corrected elevations in the new model can be readily seen on Climate Central’s interactive map. The model takes into account a moderate level of global warming: In a more grave scenario, 630 million people will experience annual flooding events by 2100, or 340 million by 2050.