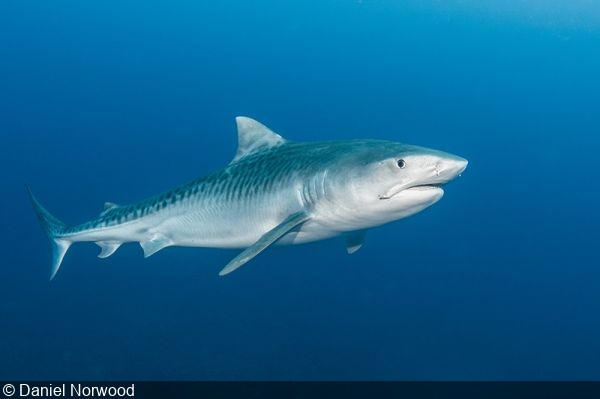 According to a new study published in the Journal of Animal Ecology, sharks are critically important in helping damaged ecosystems recover from extreme climatic events. In the study, scientists from Florida International University, the University of Washington and Australia’s Deakin University looked at the seagrass meadows in Western Australia’s Shark Bay, a quarter of which were destroyed during a marine heatwave in 2011.

Ordinarily, tiger sharks patrol the bay, keeping the dugongs and turtles that graze on the seagrass in check and ensuring destructive feeding patterns can’t emerge. After the event, however, the dugongs left the bay, along with the sharks, allowing the researchers to conduct a unique experiment to determine if the loss of large predators would affect the recovery of the seagrass.

Scuba divers mimicked the dugongs’ foraging behavior by using trowels to excavate the freshly grown seagrass, demonstrating what would happen if dugongs were allowed to forage unchecked by the sharks. They discovered that the seagrass canopy did indeed fail to recover, as the divers’ “grazing” was disturbing the growth of the seagrass too much.

“When everything is hunky dory, we might not realize how important predators are,” says Dr Mike Heithaus, a marine biologist at Florida International University and co-author of the paper. “But when things go wrong—like a climatic event—that’s when you can see the importance of predators.”