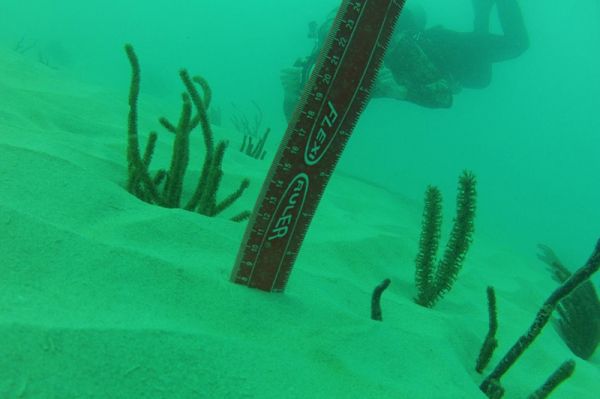 In a new study, scientists have revealed that sediment from a 16-month dredging operation at the Port of Miami that began in 2013 buried 50–90% of reefs in the region, wiping out large swathes of coral. The work, undertaken in part by researchers from the University of Miami (UM) Rosenstiel School of Marine and Atmospheric Science, will be published in the August 2019 online issue of the journal Marine Pollution Bulletin.

According to the study, over half a million corals within 550 yards of the dredged channel were killed, with impacts extending for more than 15 miles across Florida’s reef tract. The scientists used data from satellites, sediment traps, and underwater surveys to show that dredging was responsible for the coral death that was documented—not coral disease, as the dredge’s environmental monitoring program had attributed to the loss of corals.

Coral cover in Florida’s reef tract—the only nearshore reef in the continental US—has declined by more than 70% since the 1970s. Most significantly, the once-common staghorn corals have declined by 98% and are now considered a threatened species under the Endangered Species Act.

Edward Thirlwall wrote:
It's sad to see what people are doing to the environment behind the scenes. We're definitely not doing much to save it…
You must be logged in to comment.
Support Our Sponsors
Advertise With Us
Newsletter
Travel with us