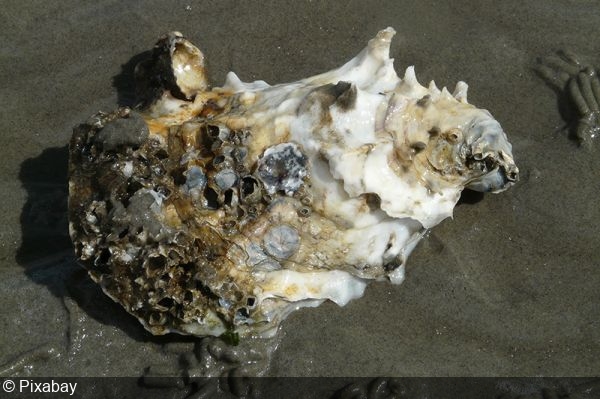 According to a new study, Pacific oysters and razor clams along the Oregon coast contain microplastics—tiny threads that come from the fleece jackets and yoga pants that are popular among Pacific Northwesterners. The researchers from Portland State University (PSU) tested around 300 samples collected from 15 sites along the Oregon coast during the spring and summer of 2017 and discovered microplastics in all but two. Each oyster contained 11 microplastic pieces on average, while nine pieces were found in each clam.

“These microfilaments can be shed from clothing, up to 700,000 per load of laundry,” said Britta Baechler, a Ph.D. student in PSU’s Earth, Environment and Society program. “Those particles then travel out through greywater into wastewater and to the coast.” The microfibers may originate from clothing made from synthetic or natural materials, but discarded fishing gear is another culprit. Oysters collected in the spring were found to contain more microplastics than the summer oysters—likely reflecting the different types of clothing typically worn in those seasons.

Studies have shown that microplastics can interfere with reproduction and growth in oysters and clams. But more work needs to be done to determine the precise impacts on these organisms—and on the health of the humans that consume them.