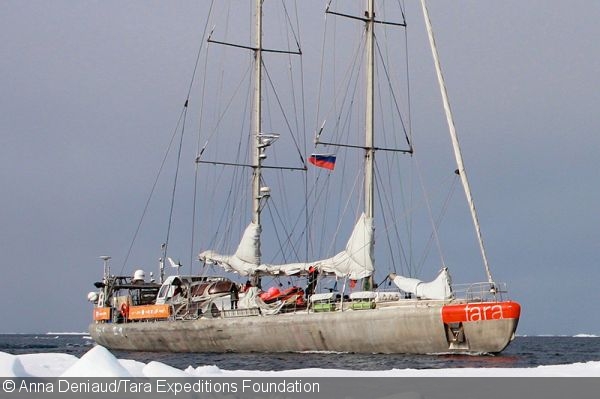 A new study has found that the once-pristine Arctic is being polluted by plastic debris transported on a large scale from the Atlantic via ocean currents. The research, a collaborative effort by Tara Oceans Expedition 2009–2014 (France) and the Malaspina 2010 Expedition (Spain), is published in the journal Science Advances. The highest plastic concentrations were found in the Greenland and the Barents Seas—east of Greenland and north of Scandinavia—exposing the Arctic’s vulnerable and unique ecosystems to deadly toxins.

The research team, led by Professor Andrés Cózar from Spain’s University of Cadiz, had already shown that each of the five subtropical ocean gyres act as great convergence zones for floating plastic debris, and semi-enclosed seas with high human density like the Mediterranean can also be areas of considerable accumulation of plastic debris. The remote Arctic Ocean, however, had not previously been considered as a candidate for accumulation. 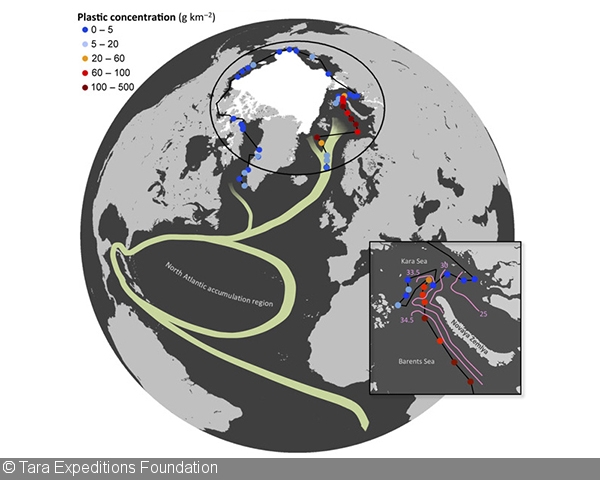 Locations and plastic concentrations of the sites sampled

The researchers circumnavigated the Arctic ice cap aboard their research vessel Tara, sampling microplastic over five months. “The plastic concentrations in the Arctic waters were low, as we expected, but we found an area in the north of the Greenland and the Barents seas with quite high concentrations,” says Prof. Cózar. “There is continuous transport of floating litter from the North Atlantic, and the Greenland and the Barents Seas act as a dead end for this poleward conveyor belt of plastic.”

The study estimates that around 300 billion pieces of plastic are trapped in the surface waters of the Greenland and the Barents Seas—mostly fragments approximately the size of a grain of rice. That amounts to hundreds of tons. Just as troubling, though, the study authors suggest that even larger amounts of plastic have sunk to the seafloor.

The team used data from over 17,000 drifting satellite-tracked buoys to track the plastic in the Greenland and Barents Seas directly to the coasts of northwest Europe, the UK and the east coast of the US. As collaborating researcher Dr. van Sebille from the Grantham Institute at Imperial College London puts it: “It is our plastic waste that ends up there.” 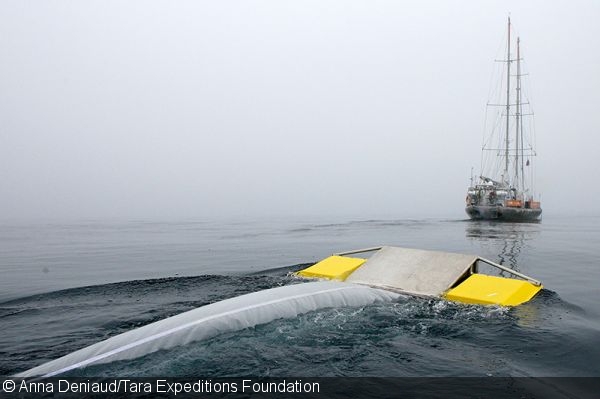 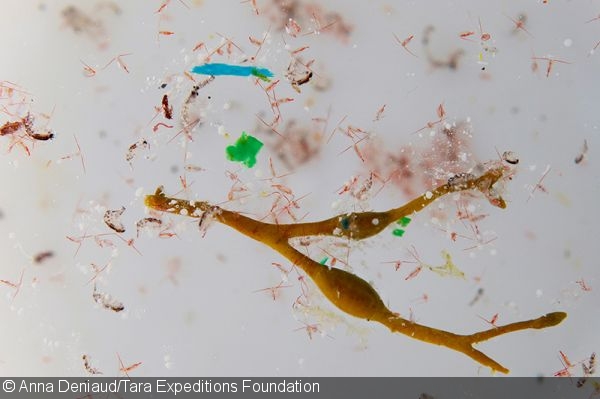