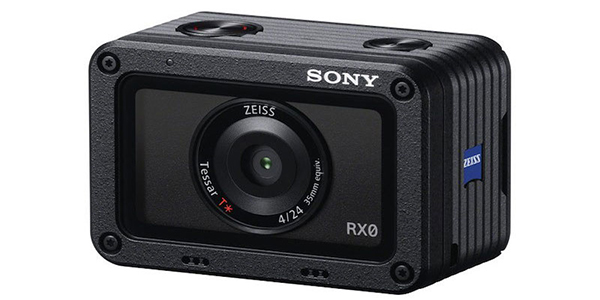 The RX0 boasts a Zeiss Tessor T* 24mm equivalent, f/4 wide-angle lens; raw image capture; 16 frames per second; and can reach shutter speeds up to 1/32,000 second. Furthermore, 1,000fps should make for some sick slow-motion videos, while the 4K HDMI port with external recording capabilities, S-Log, focus peaking, and MF Assistant will have many video professionals drooling.

But what really makes this teensy piece of technological prowess even more enticing is the fact that users can benefit from up to 15 devices recording at once—via remote. This will surely allow videographers to capture just about every possible perspective. Oh, and I almost forgot to mention that divers can take it down to a depth of 30 feet (10 meters)—or 300 feet (100 meters), with an underwater housing.

The RX0 enters the European market in October and goes for 850 Euros ($1,010). However, no details regarding when the American market can expect the RX0 have been provided.

Tyler Nowak wrote:
I must have him someday

Sfowu Sfavorski wrote:
An interesting device can be of this

cookandstyle cookandstyle wrote:
nice
You must be logged in to comment.
Support Our Sponsors
Advertise With Us
Newsletter
Travel with us