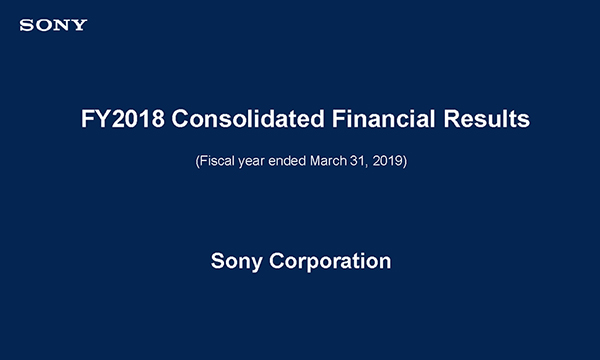 While the Big Two—Nikon and Canon—come out tops when it comes to the cameras used to shoot prizewinning underwater images, it seems the financials are another story entirely. For their most recent fiscal years, Canon’s imaging division reported (PDF) a year-on-year (YOY) decrease of over 11% and Nikon reported (PDF) an almost 18% drop YOY.

But it seems Sony is bucking that trend. Its imaging business—that’s cameras and lenses, but significantly not including image sensors—reported a 12% increase in profits compared to 2017 and a 2% increase in sales to 670 billion yen. Compare that with Canon, which had camera and lens sales of 595 billion yen—down almost 15% on 2017. Worse still, Canon has predicted sales of just 500 billion yen for 2019 after reporting a first-quarter fall in camera sales of 23%—that’s a very dire sounding 82% fall in profit, from $230 million to just $42 million.

According to Sony, “[the] increase was mainly due to an improvement in the product mix reflecting a shift to high value-added models such as mirrorless single-lens cameras and the interchangeable lens lineup, partially offset by a decrease in compact digital camera unit sales reflecting a contraction of the market.”