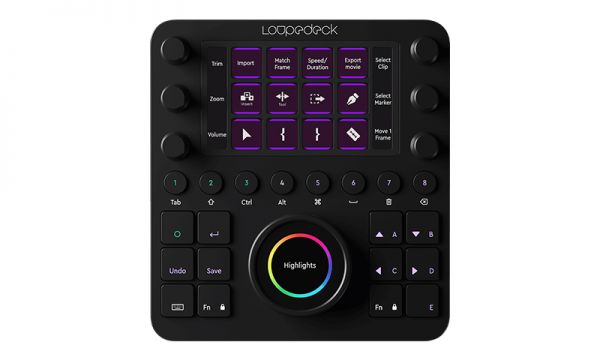 Loupedeck has announced a software update that allows Loupedeck CT owners to create custom profiles for almost any software they use, including applications such as Logic Pro X, Davinci Resolve, and Capture One. “The possibility for all users to create custom profiles is an important step in delivering an increased level of functionality and flexibility the digital creator community requires with their editing tools,” says Loupedeck’s Founder and CEO Mikko Kesti.

The new Profile Creator, which is included in version 3.2 of the software, can be used for making adjustments and performing actions that would normally require shortcut keys, mouse movements, and even macros. Loupedeck has already created a number of custom profiles for popular applications that are ready to download.

In addition to the highly customizable $549 Loupedeck CT, there’s also the $249 Loupedeck+, which is specifically designed for controlling applications like Lightroom, Photoshop, Premiere Pro, After Effects, Final Cut Pro, and Adobe Camera Raw.