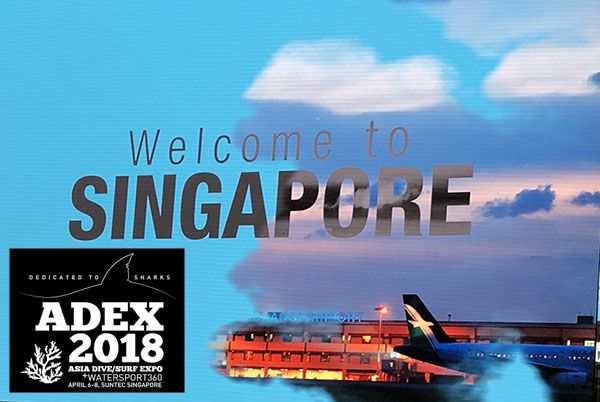 Put away the chewing gum. Think twice about jaywalking. And don’t feed the birds. That’s right, DPG spent the last week in Singapore for the 2018 Asian Dive Expo, or ADEX. Celebrating its 24th anniversary, this event has grown larger and larger each year, attracting tens of thousands of divers from across Asia—and the world.

This year’s edition was dedicated to sharks, featuring presentations from dozens of experts including underwater photographers, conservationists, filmmakers, freedivers, and—landlubbers-be-wary—mermaids.

ADEX features a gathering of the best in the underwater industry to present on a variety of topics. Seriously, check out this list of underwater photographers: Laurent Ballesta, Scott Tuason, Aaron Wong, Amanda Cotton, Ernie Brooks, Jason Isley, Imran Ahmad, Michael Aw, Marty Snyderman, Tobias Friedrich, and Tanya Houppermans. And there are many, many more who presented in the three-day show.

In addition to underwater imaging experts, the exposition featured presentations from some of the world’s top freedivers, scientists, and entrepreneurs. There was certainly a lot to take in. 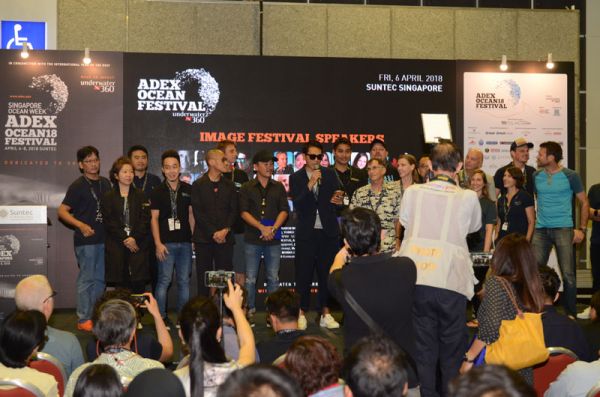 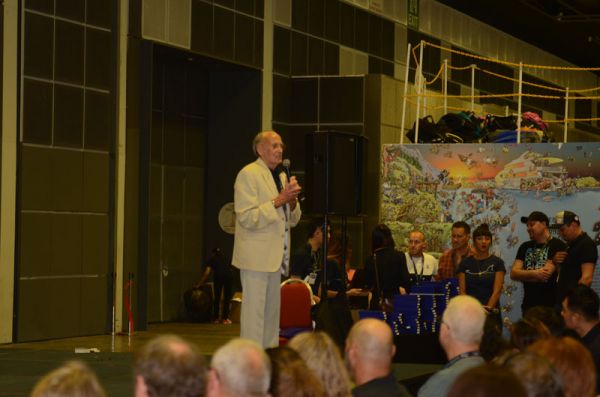 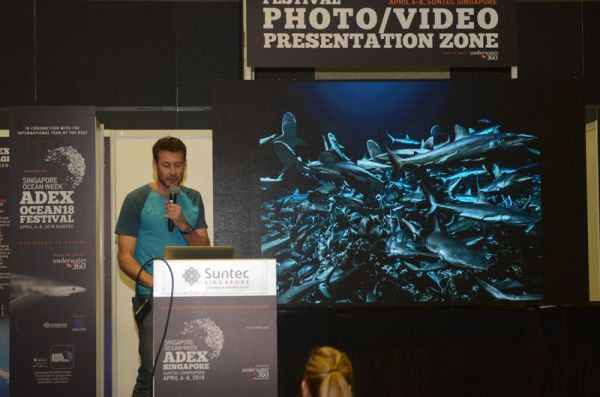 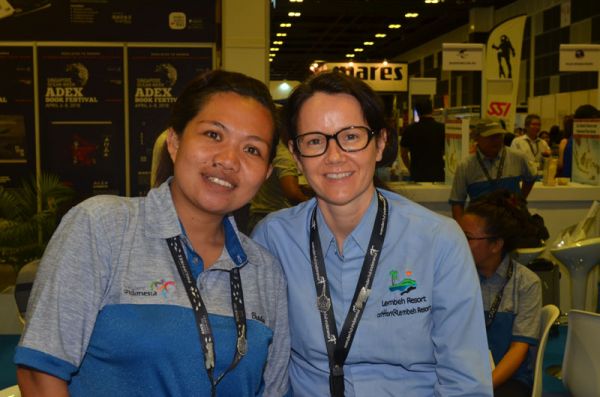 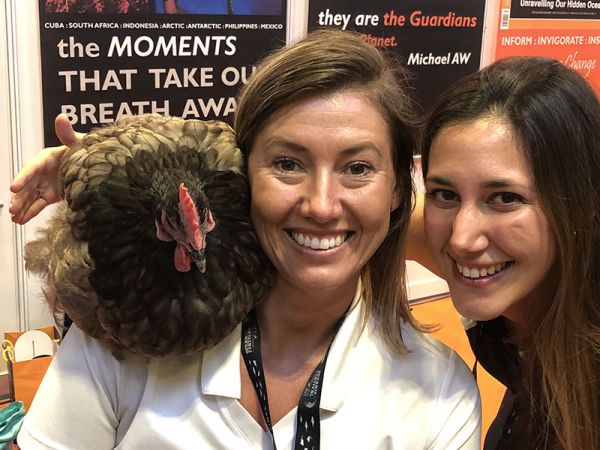 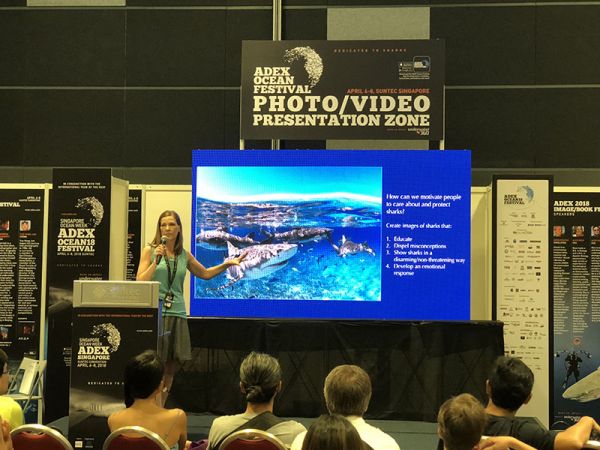 Tanya Houppermans talks about the educational role of shark photography 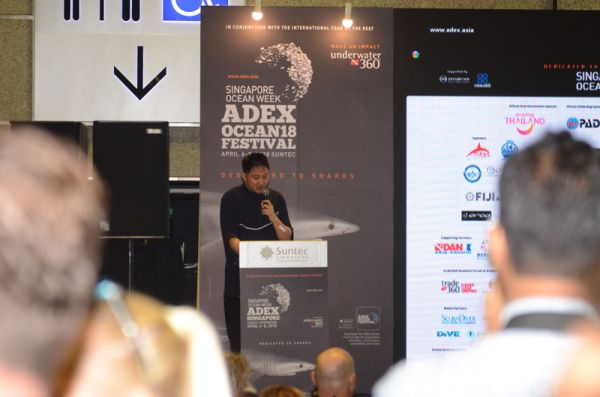 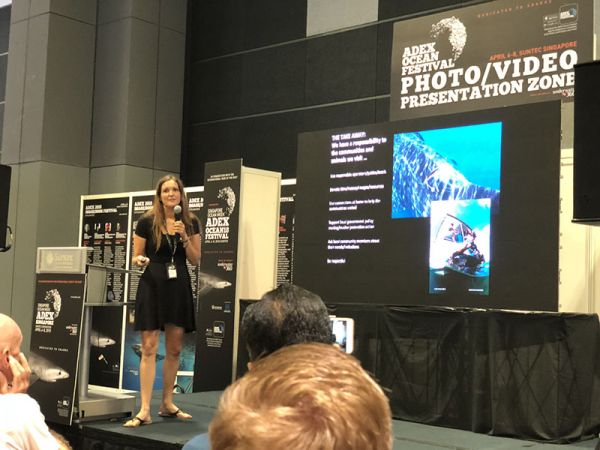 Amanda Cotton chats about the good, the bad, and the ugly of being an underwater photographer 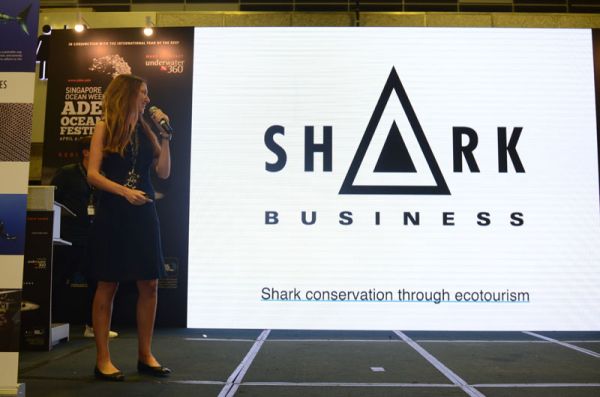 It’s all business (not really!) for Elena Salim Haubold and Dan Norwood of Shark Business 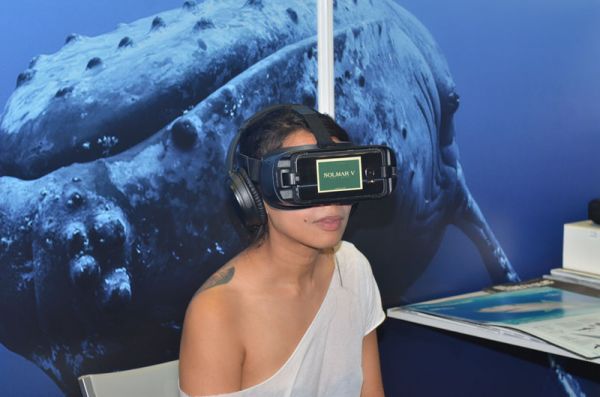 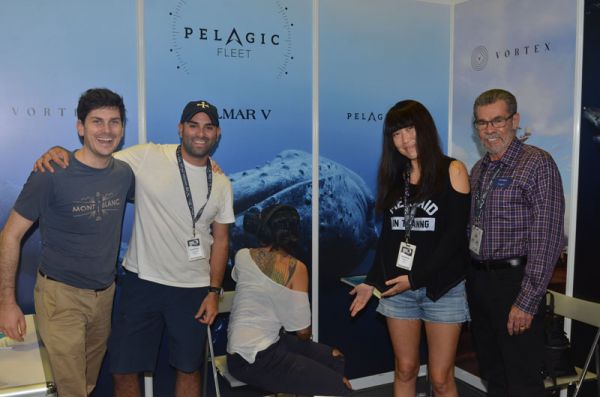 It’s always great to catch up with the friendly faces on the show floor. But if we can be real for a second, we must admit that the new gear has much of our attention as well. While not the photo equipment launch pad that is DEMA, ADEX still had a great showing of gear manufacturers such as Fantasea, Seacam, and Nauticam. 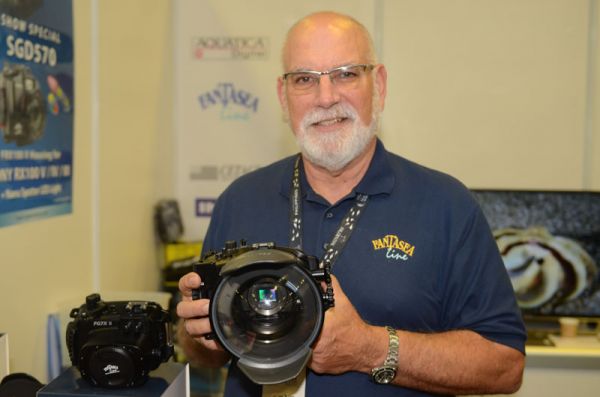 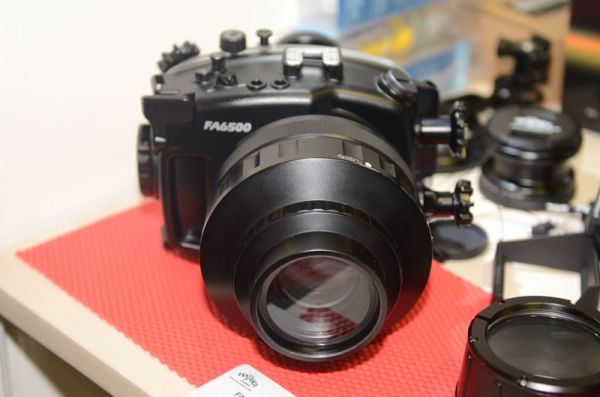 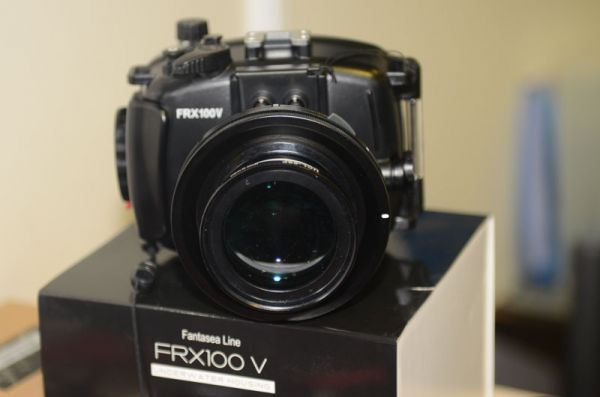 Fantasea continues its housing support for Sony’s popular compact line, such as this RX100V 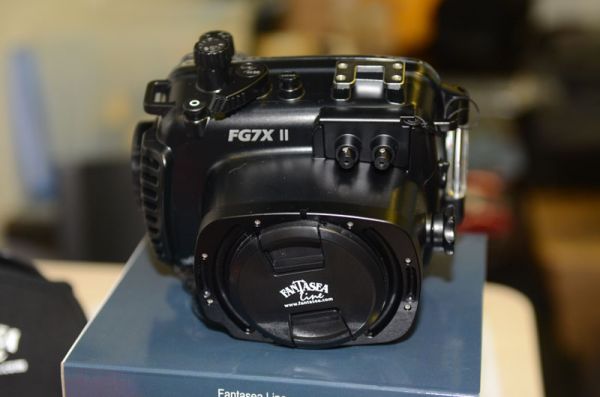 The FG7X II setup is one of the company’s most popular, according to Howard 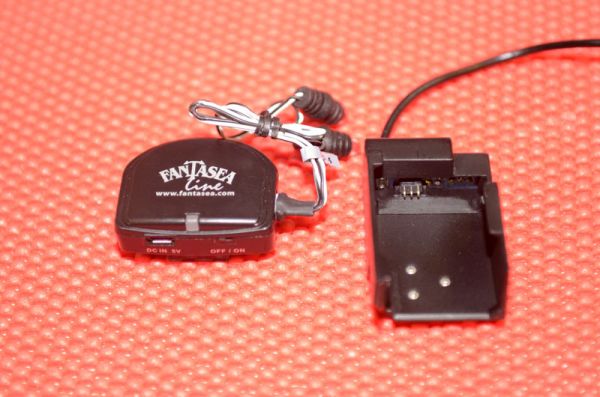 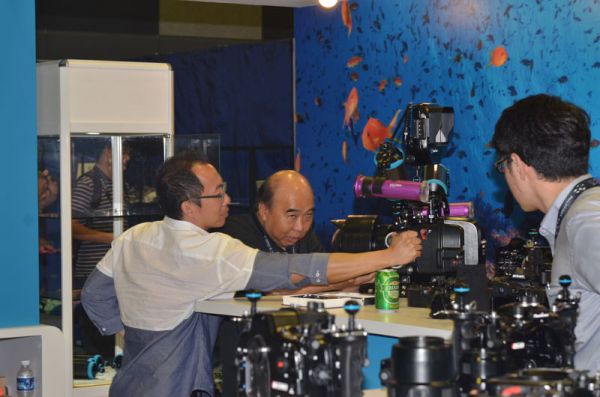 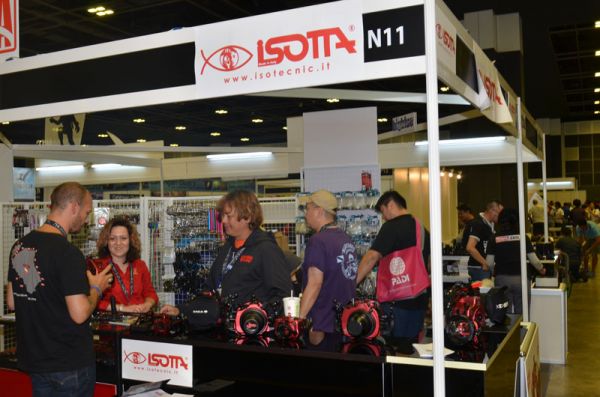 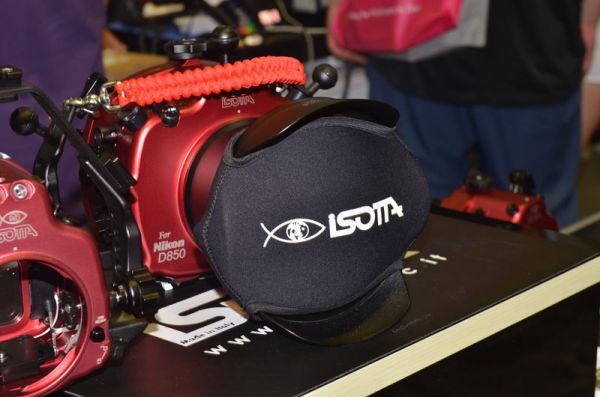 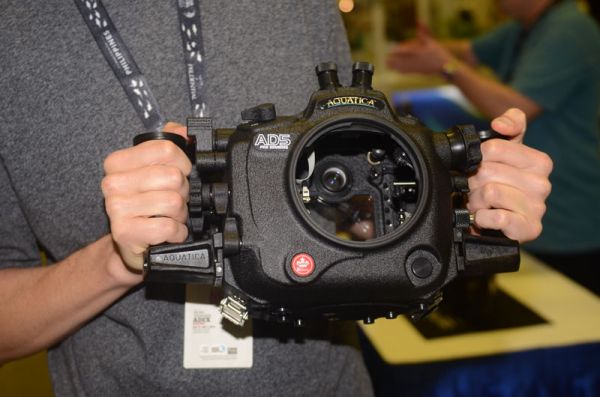 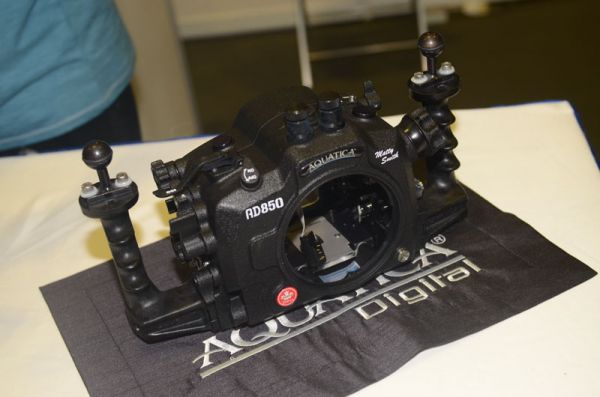 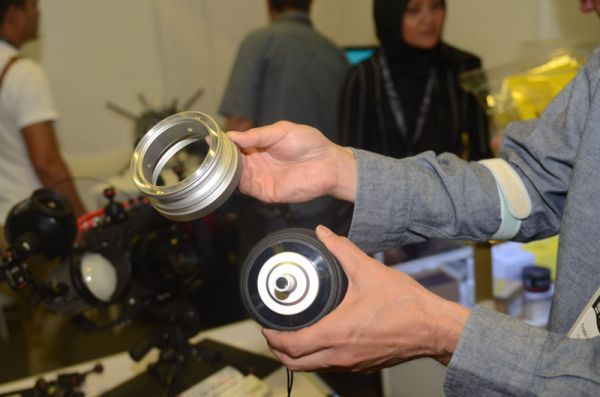 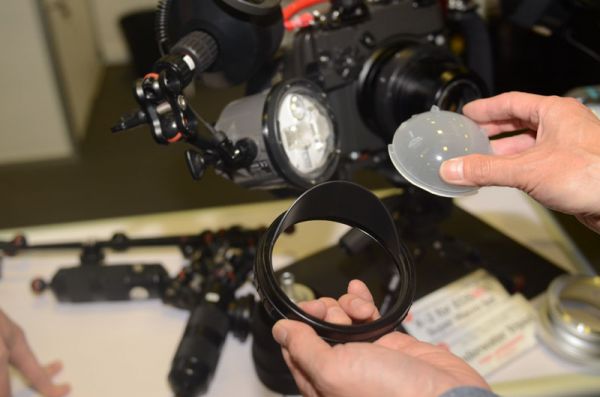 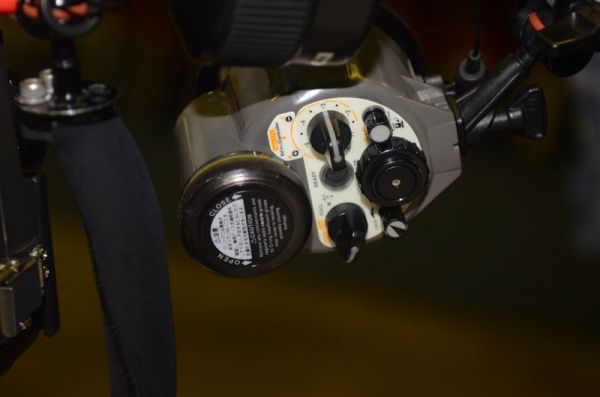 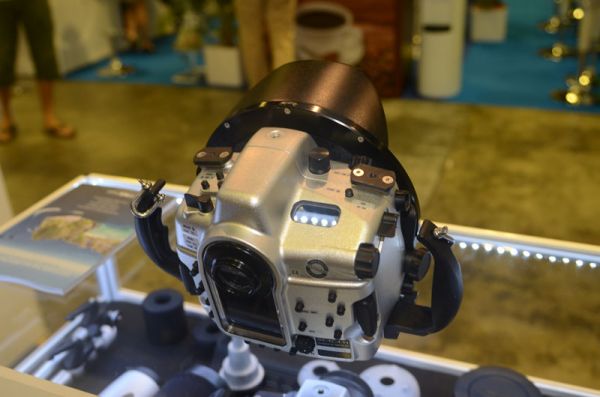 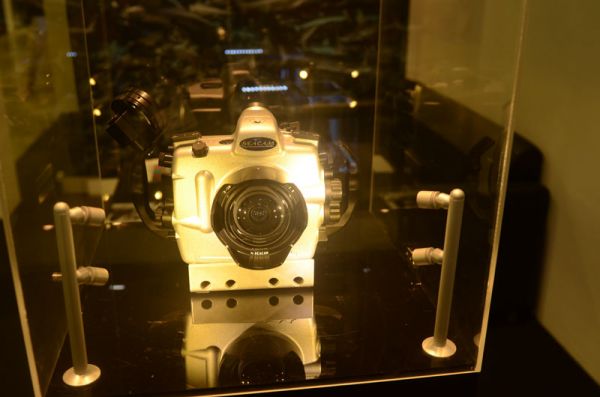 …which is perhaps why they were being guarded like precious jewels! 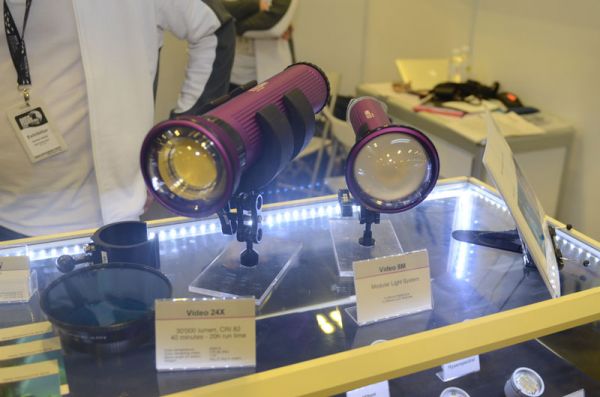 Close your eyes to avoid being blinded at the Keldan booth, which produces high-lumen and high-CRI video lights for the high-level underwater cinematographer 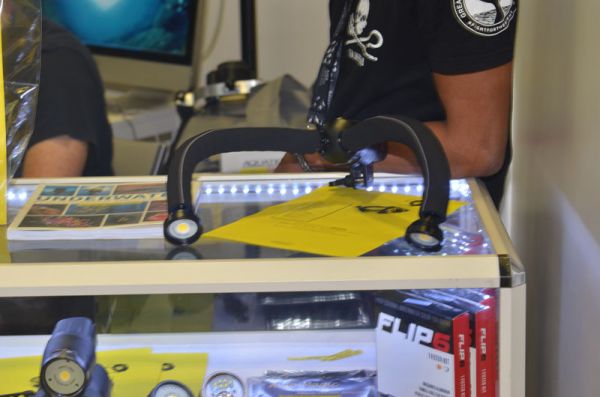 Even i-Divesite’s BS40 dual lighting system made an appearance. In a review of this light, we said, “[it] is suitable not only for video, but also for evenly lighting a wide-angle still photo”

So Long from Singapore

Three days fly by when among friends and colleagues. ADEX is an exciting environment for any scuba diver or underwater photographer—the passion for the underwater world is infectious. It’s no wonder that the show continues to grow every year. If you’ve never been, it’s definitely worth the visit. 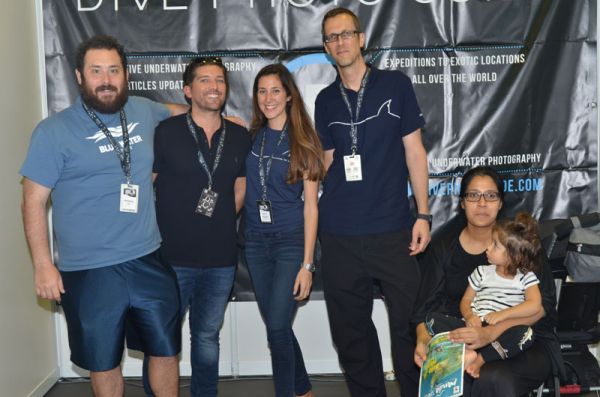