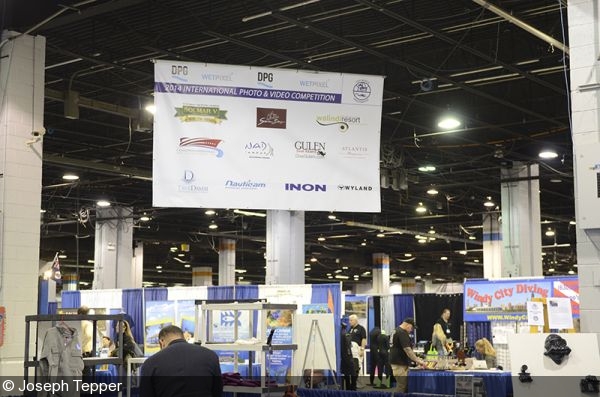 It may be the Second City, but for one weekend every February, Chicago becomes the number one spot for the underwater imaging community.

This weekend marked the 44th annual Our World Underwater dive show in Chicago. In addition to the wind-chill, show-goers were blown away by the stunningly beautiful winning photos from the 2014 Our World Underwater imaging contest on display at the DPG gallery. Don’t worry: If you couldn’t attend the show, you can check out all the winners on the UnderwaterCompetition.com website (Ed note - Winners will be live on Feburary 19th at 10:00AM) 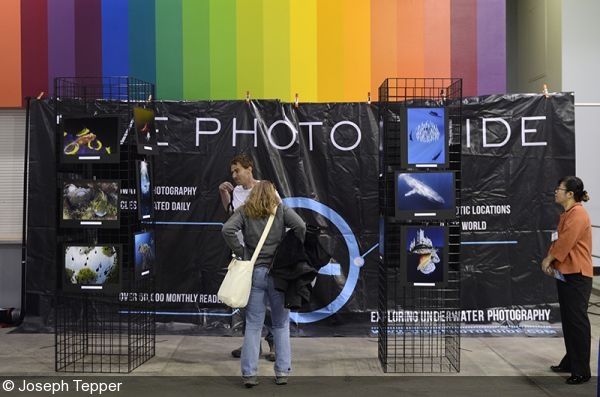 Attendees check out the winners of the Our World Underwater imaging contest on display at the DPG gallery. 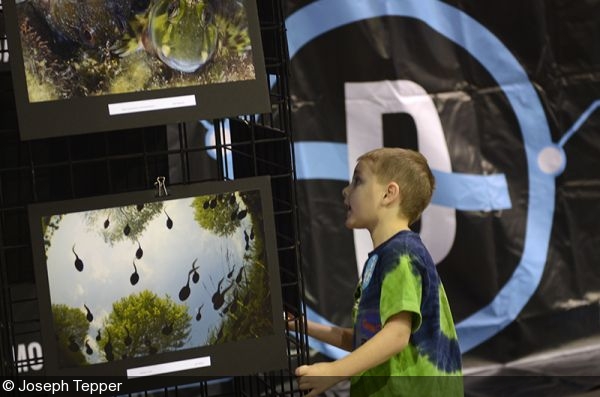 Even young folk were in awe of this year's winning photographs. 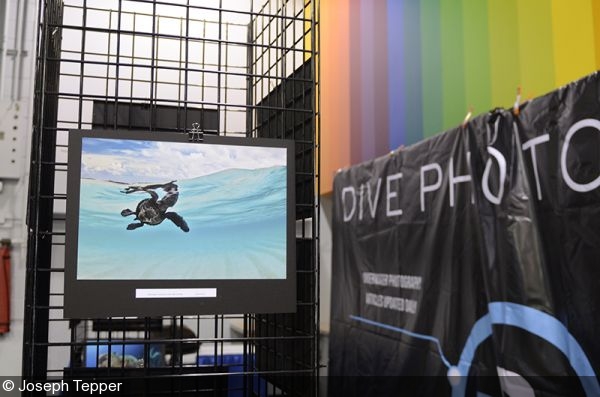 DPG is honored to present the winners of the photo and video competition at the Friday and Saturday night film festivals. Collecting the best in the biz of underwater imaging for these primo film festivals is a humbling experience. 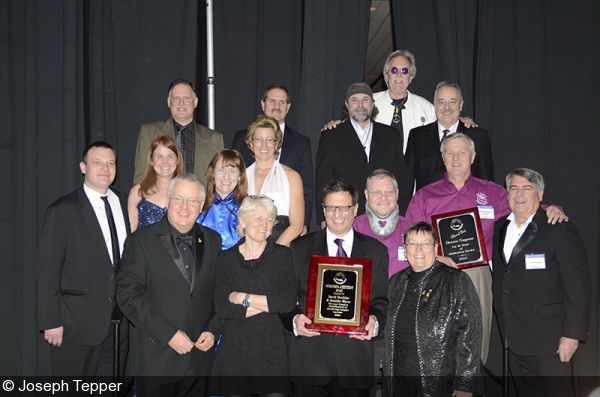 The film festival is only part of the weekend, and the show floor offers an opportunity to peep all the new underwater photo equipment. 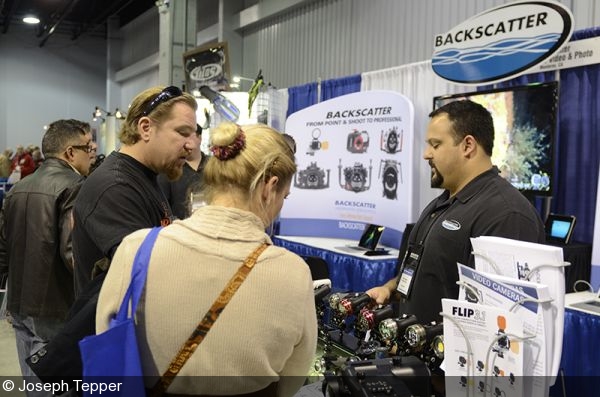 All the latest gear was on display at the Backscatter booth. Including... 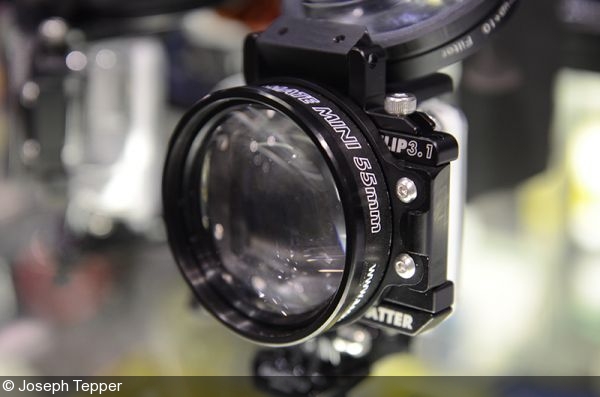 Backscatter is billing the MacroMate Mini as the ultimate macro lens for GoPro--and with good reason. This $79 accessory acheives awesome super-macro results. 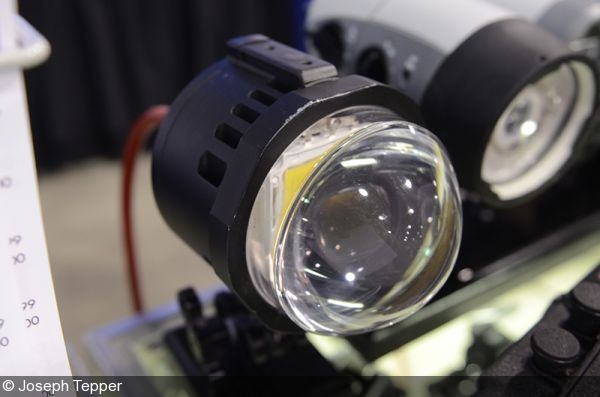 Go big and go bright with this 22,000-lumen OrcaLight Seawolf video light. We got to check it out at the show--let's just say don't look into the light. 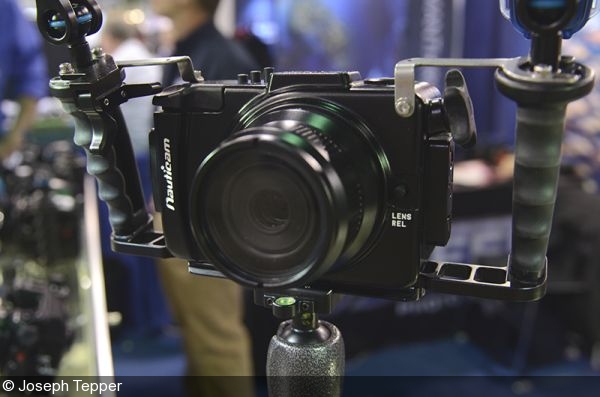 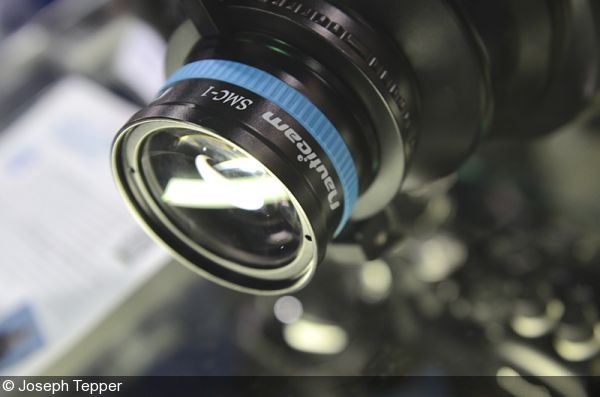 Nauticam’s Chris Parson’s described the SuperMacro Converter as “not your simple diopter.” It takes into account the water interface and maintains the working distance by adding a magnification of 2.3:1. 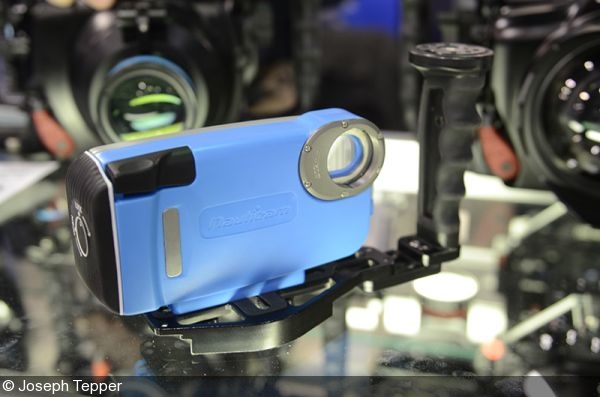 iPhone underwater? Yep, you read that right. Nauticam's iPhone Underwater Housing allows you to take fish snaps with your mobile. 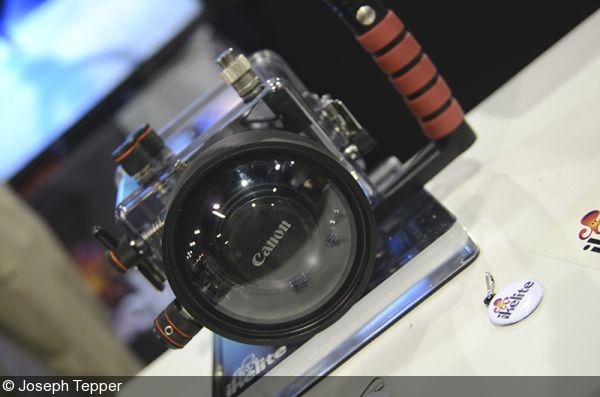 It may look like a compact housing, but it's just the world's smallest and lightest SLR--the Canon SL1 in the Ikelite housing. 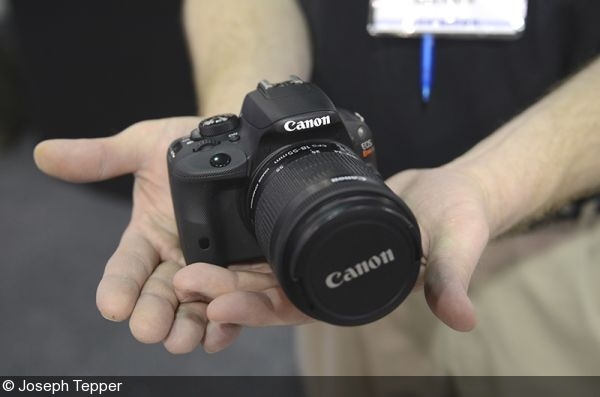 Now that is a small SLR! 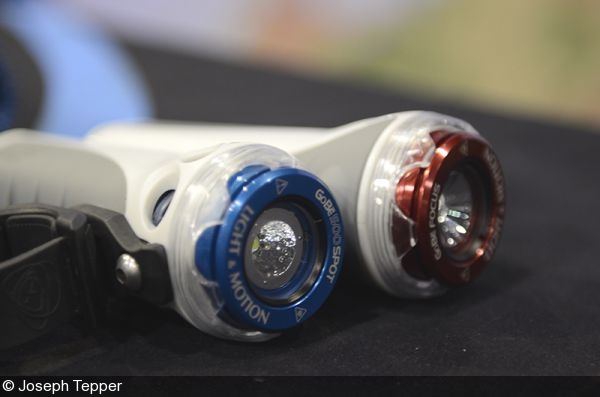 Light and Motion introduced the GoBe lights at DEMA: They are designed to “go be anywhere,” used both on land and under the water, making them unique from virtually every other dive light in the industry. 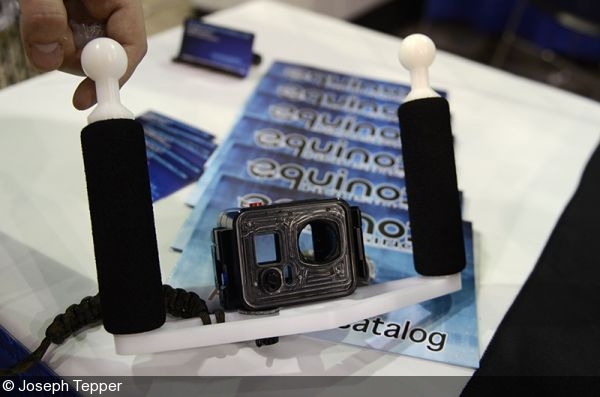 GoPros aren't just for shallow water diving. This Deep GoPro housing from Equinox is pressure tested to a bone-crushing 660 feet. 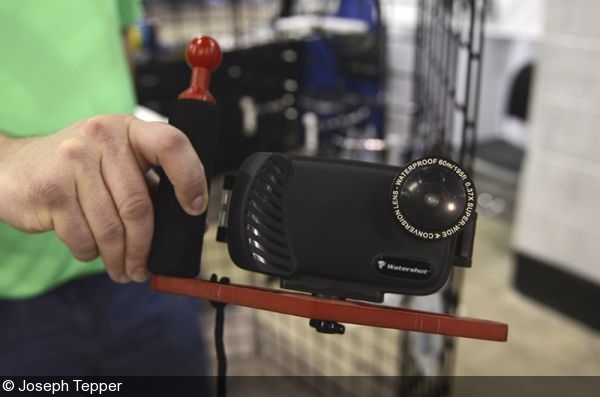 Equinox makes affordable, lightweight housings for GoPro and iPhone housings, like this Watershot, beginning at $60. 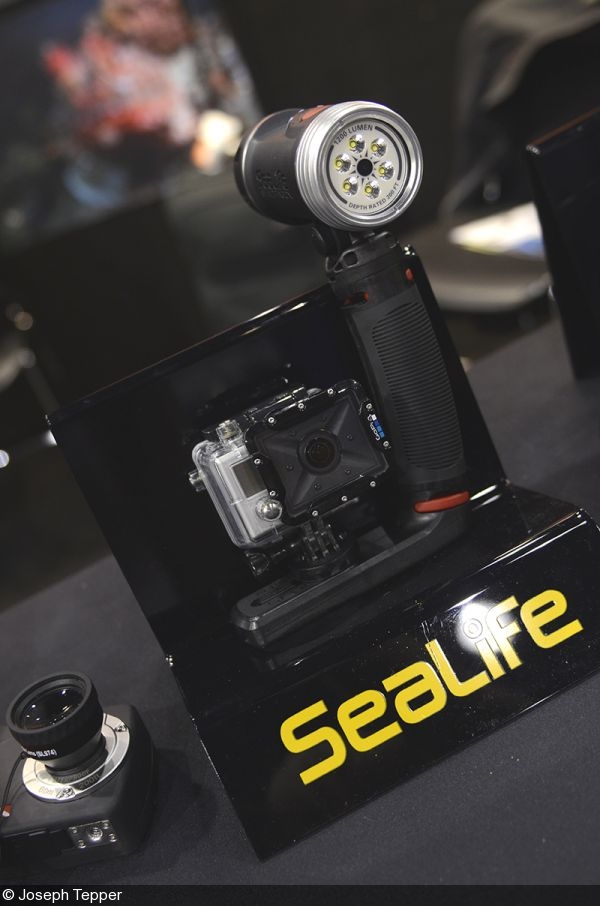 The SeaDragon 1200 and 2000 video lights feature a 100-degree beam, battery indicator and burn times of 75 and 60 minutes, respectively. 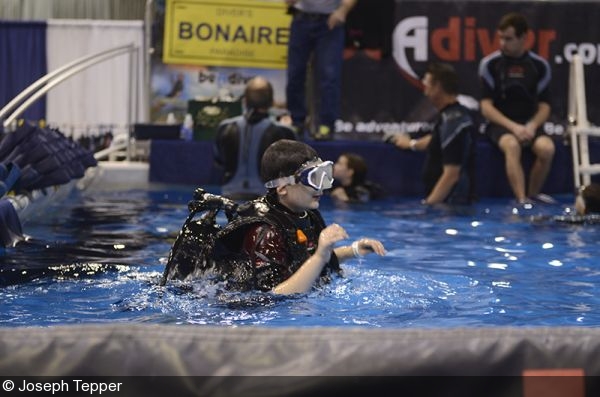 Among the other impressive sights at the show, dozens of young scuba divers took their first breath underwater at the BeADiver booth. 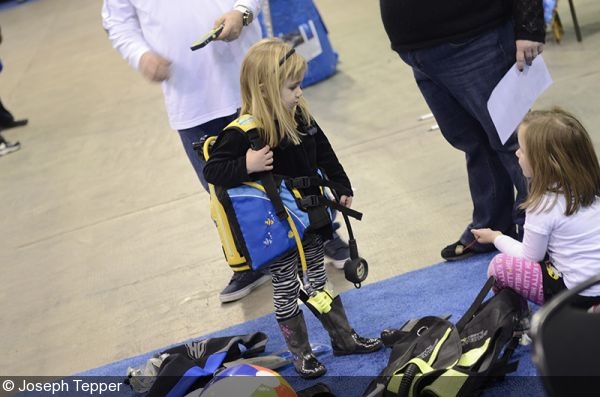 Of course, for the even younger SCUBA enthusiasts, there are other ways of strapping on a tank...

Another year of Our World Underwater is in the books, but we are already looking ahead to celebrating the 10th Anniversary of the OWU Photo and Video competition in 2015! And don’t forget to enter your images into the DEEP 2014 competition to win a share of $40,000+ in prizes.

Thanks to everyone who came out to see the winning images at the show!