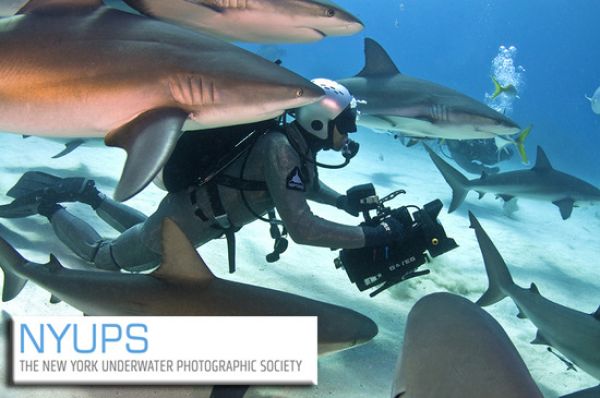 If you’re in NYC tonight, make sure to stop by the city's premier underwater photography event of the week: Shark videographer Joe Romeiro speaking at the New York Underwater Photography Society (NYUPS).

Tonight’s NYUPS begins at 7PM, where Joe will show off some of his best shark videography. Joe’s images and videos have appeared everywhere from Good Morning America to National Geographic, and Discovery’s Shark Week.

As always, NYUPS events are FREE and open to everyone who is interested in underwater photography.

Details for tonight’s event below:

The New York Underwater Photographic Society is a community for anyone interested in underwater photography and underwater video. We meet once a month, typically on the first Tuesday, to discuss one thing and one thing only—underwater imaging. Sometimes we have a world renowned guest and sometimes we just meet share images on a specific theme.  No matter what type of presentation it is, our goal is simple —to promote the art of underwater imagery in the greatest city in the world, New York.

A self-taught filmmaker, Joe Romeiro founded 333 Productions in 2007 with fellow producer & shark conservationist Bill Fisher. Since then, 333 Productions has created four award-winning films, "Silent Requiem", "Death of a Deity", "A Lateral Line" and "Shark Culture". A member of the Explorers Club and Ocean Artists Society, his work has been featured on Discovery Networks, National Geographic, BBC, Shark Week and various other TV productions.