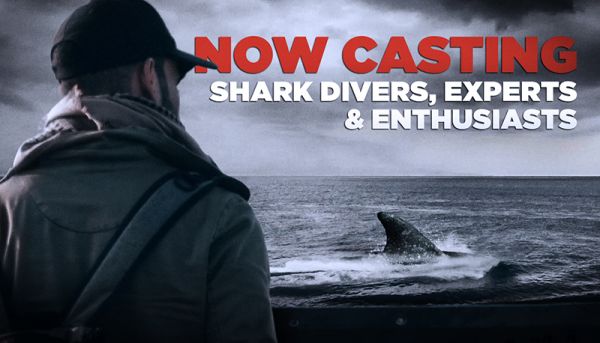 Pilgrim Media Group—a TV production company that creates documentary series for major cable television networks, such as Discovery, National Geographic and History Channel—are looking for talent for a new TV show all about sharks. The company, which produced Fast N Loud and Wicked Tuna, are “searching the country for bold explorers who are ready to join a team of shark specialists and enthusiasts.”

If you’re passionate about sharks and fancy yourself on the TV, email PilgrimCasting@gmail.com with your name, phone number, city/state, a recent photo of yourself, and say briefly why you are right for the show. You can also fill out the form online.