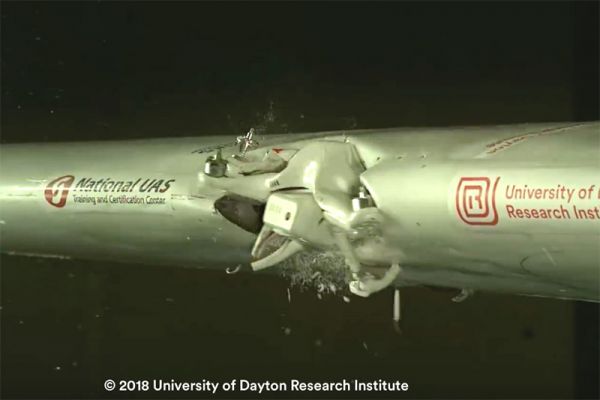 Drone popularity is on the rise—and so too are close calls with airplanes. Fortunately, there haven’t been any serious accidents yet. But if you wondered what exactly a collision between these two flying objects would look like, we have your answer.

It may seem like a small drone would be easily destroyed by the much larger plane, but scientists at the University of Dayton Research Institute that show quite the opposite. “Large aircraft won’t always win in collision with small drones,” say the researchers.

To prove this, the scientists designed an experiment to mimic a collision between an airplane moving at 238 miles per hour and a drone (DJI Phantom 2). The results in the video show that the drone leaves a gaping hole that would likely cause a significant safety threat.

Let’s hope they get this figured out before our mail is delivered by drones.