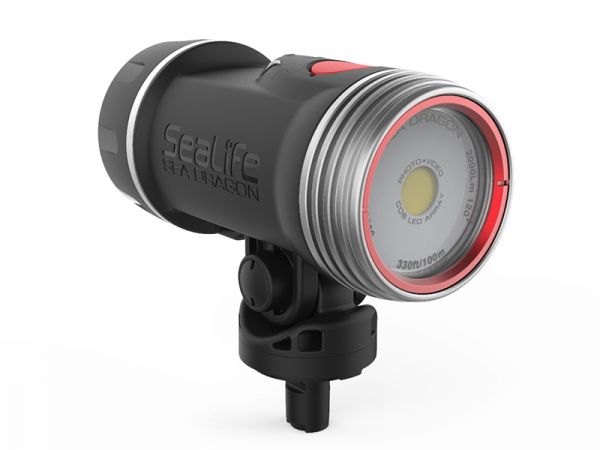 Like the Sea Dragon 3000F, the Sea Dragon 2000F has three manual power settings (100%, 50% or 25%) and runs for 60 minutes at full power on its lithium-ion rechargeable battery when fully charged. The light also features a special emergency signal mode that blinks at one-second intervals, which is activated by pushing and holding the power button. 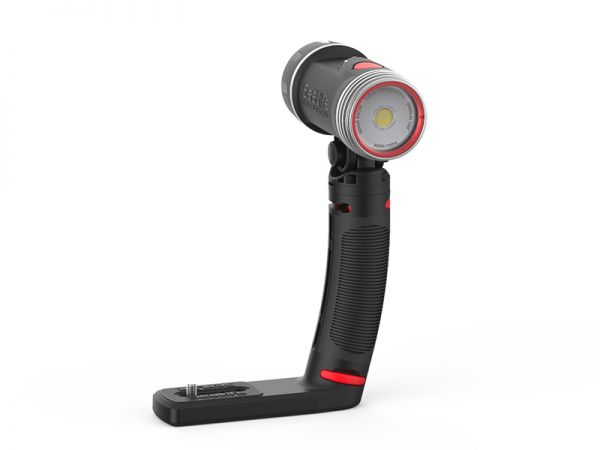 The Sea Dragon 2000 has an impressive CRI of 80 with a color temperature of 5000K making it ideal for underwater imaging use with all cameras, from SeaLife’s range of underwater cameras, to action cam’s up to more sophisticated mirrorless or DSLR cameras. The Sea Dragon 2000F pairs especially well with GoPro’s Hero 6 and 7 camera models, and with SeaLife’s own Micro 2.0 camera.

The Sea Dragon 2000F (The “F” stands for Flood beam) features a 120° topside beam angle, 90° underwater and features three power levels at 100%, 50% and 25% of the 2000 lumen output. The wide beam angle is ideal to pair with compact action cameras, as it ensures the entire area being recorded is flooded with light. Like all SeaLife Sea Dragon lights, the performance and lumen performance is true and tested.

Part of the Sea Dragon’s impressive performance is its powerful 25W Li-ion rechargeable battery pack that runs the light for 60 minutes at full power. Regulated circuitry maintains 2000 lumens throughout the battery life, unlike other lights that dim as battery power is used. The light also includes a battery charger, 3 international plug adapters and a protective travel case.

The Sea Dragon 2000F is easy to expand with SeaLife’s Flex-Connect system of trays, grips, arms and adapters. The 2000 can be connected to any underwater camera system using standard ¼-20 tripod or GoPro camera mounts. Flex-Connect ball joint, YS and cold shoe mounts are available making the 2000 compatible with virtually any underwater camera system.

The Sea Dragon 2000 underwater COB LED light will begin shipping in November 2018 in time for the holiday season. 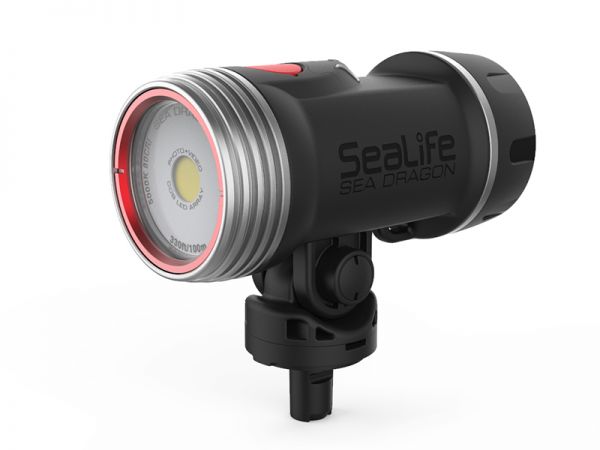