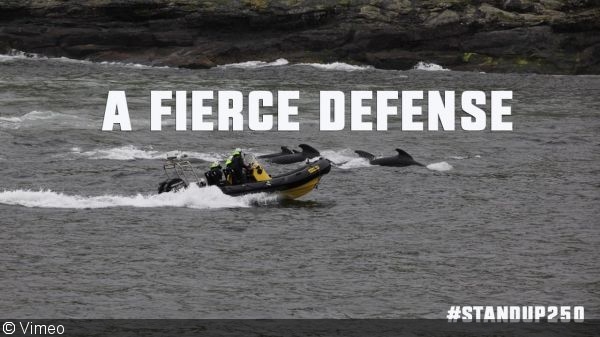 The willful and hands-on marine conservation group, Sea Shepherd, has been fined $30,000 in response to a 2015 protest in the Faroe Islands.

On August 12, 2015, Sea Shepherd members were actively protest the grindadrap whale hunt—a controversial annual slaughter of nearly 1000 pilot whales and dolphins. Using a speedboat, Sea Shepherd protestors zipped between whalers’ vessels in an attempt to save a pod of pilot whales.

According to prosecutors, the actions not only disrupted the hunt, but also endangered the lives of two police officers and a 10-year-old boy at the scene. Other Sea Shepherd members were arrested on land after they ran into the water to separate the whales and their hunters.

The speedboat used in the protest (pictured above) has also been confiscated. No Sea Shepherd members reported to court for the ruling, which was given on September 23. This rules out a chance of appeal.

Read more about the details of the case, including a detailed history of Sea Shepherd protests in the Faroe Islands, in this article by the Arctic Journal.