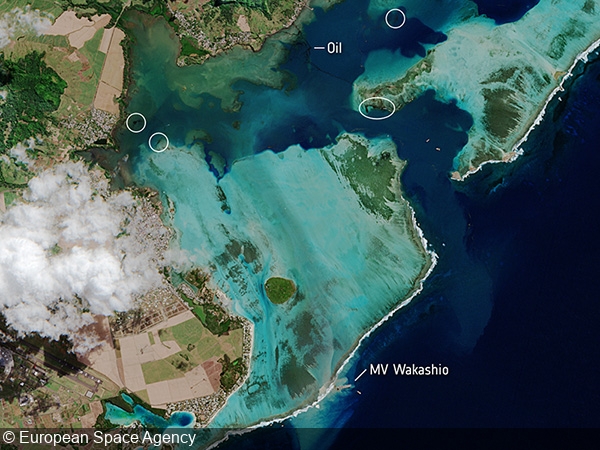 Following the tragic grounding of MV Wakashio on coral reefs along the coastline of Mauritius, the government are going ahead with the scuttling of the vessel’s bow section, which has been towed by two Maltese-flagged ships in a southeasterly direction towards Antarctica. The sinking operation, which began on August 21st, involves crews cutting holes through the Wakashio’s bulkheads, allowing water to flow between the holds. The remaining fuel in the vessel’s tanks has been lightered off.

While the government claimed scuttling would be done in a way to avoid further pollution, environmental groups are crying foul. “Out of all available options, the Mauritian government is choosing the worst one,” said Happy Khambule, Greenpeace Africa Senior Climate and Energy Campaign Manager. “Sinking this vessel would risk biodiversity and contaminate the ocean with large quantities of heavy metal toxins, threatening other areas as well, notably the French island of La Réunion. Mauritians had nothing to gain from the MV Wakashio crossing their waters and are now asked to pay the price of this disaster. More pollution further risks their tourist-based economy and fish-based food security.”

Last week, the Wakashio’s captian, Sunil Kumar Nandeshwar, was arrested in Mauritius for “endangering safe navigation.” According to reports, the Mauritian police are investigating two possible reasons why the almost 1,000-foot-long, 100,000-ton bulk carrier plowed into the island country’s reefs: one, that the captain was attending a birthday party aboard and was therefore not at his station; or two, that the Wakashio was attempting to get a Wi-Fi connection from land.