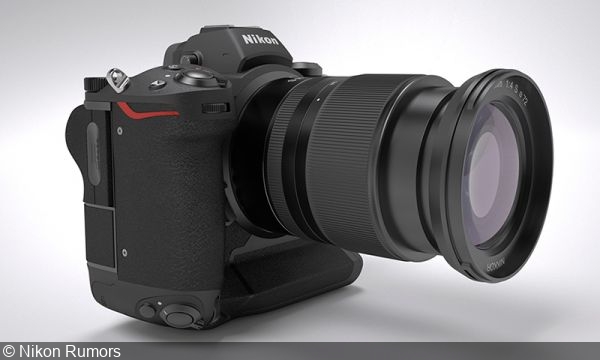 One Nikon Rumors reader’s rendering of a hypothetical Nikon Z9

Ever since Nikon executives confirmed that a pro-level (D6-equivalent) Nikon Z mirrorless camera is on its way, folks in the rumor business have been hard at it. Now, Nikon Rumors has published a list of specs “from a reliable source”:

Whether this is genuine or more of a wish list is anybody’s guess, but either way, we’ll apparently have to wait till next fall to find out. Announcements of top-of-the-line cameras from Nikon, Canon and Sony are all expected to materialize around the Tokyo Olympics in the summer, delayed by a year due to the coronavirus pandemic, with prototypes possibly tested during the Games.