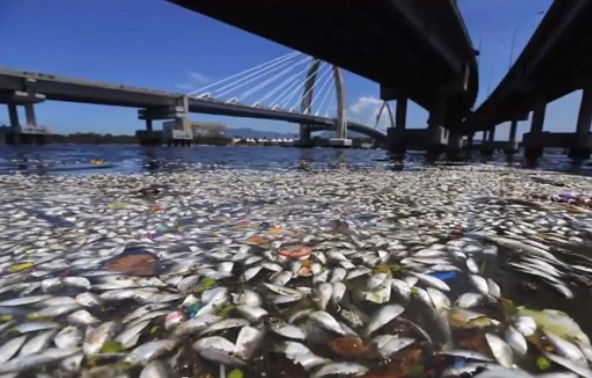 In the last six years, the government of Rio De Janeiro has spent millions of dollars to clean up the highly polluted Guanabara Bay ahead of the international attention brought by the upcoming 2016 Summer Olympics.

Unfortunately, the efforts are falling far short. During training last year, sailors found a number sofas and a dead dog. The Rio organization in charge of public health also discovered a drug-resistant super bacteria in the bay. But a new art exhibit, titled “Found in Guanabara,” aims to highlight what rubbish remains in the bay.

The exhibit, located at a shopping mall, puts on display actual pieces of trash found in the bay. Each item has symbolic price tags, representing the environmental cost the trash has every year.

Learn more about the exhibit and the fight to clean up Rio’s waters in the video below or the original PBS article, here.