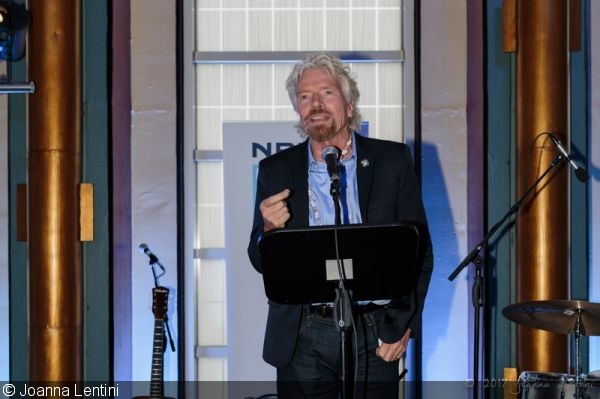 On World Oceans Day, Richard Branson presented the United Nations with a petition—signed by 1,021,874 people—pleading for the nations of the world to protect 30 percent of the worlds oceans by 2030. The British entrepreneur was also vocal about President Trump's decision on the Paris climate accord saying, "I think this is where the American President Donald Trump was so naive. Clean energy can be massively cheaper than dirty energy and everybody can benefit from it. If we can manage our oceans properly and create marine reserves—within these reserves, fish can replenish.”

Branson spoke about another goal of his to make the world completely carbon neutral by 2050 as well as the need to combat the ocean plastics issue, noting his jacket, sneakers, and something a bit more private—were all produced with recycled ocean plastics.