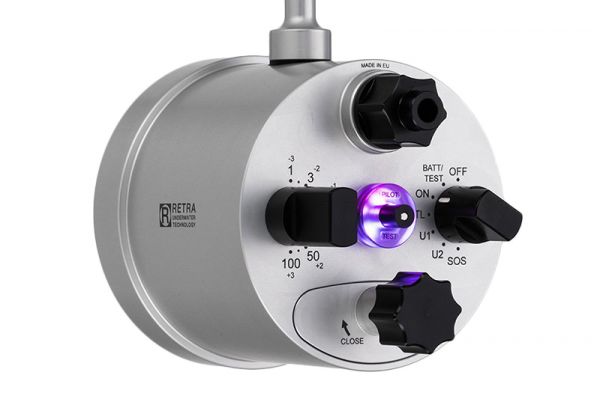 If you’ve been wondering what’s happening with the “new” Retra flashguns expected this summer, or you’re one of the folks who preordered the Flash Prime and Flash PRO, you will be interested to read the “final update” on Retra’s blog concerning the status of production. The good news is that everything seems to be running smoothly this time and shipping is expected to begin in September—only a touch later than it was estimated back in November 2018 when the revamped strobes were announced. Despite some positive reviews of pre-production units, the original Retra Flash suffered production problems, and in April last year, the company decided to pull the plug rather than have customers endure further delays.

In its update, Retra says that the flash housings and the majority of housing components are finished and assembly has already begun, with the pre-production version of the electronics currently undergoing final testing. In conclusion, the company states: “Although we have taken more time to confirm our designs for the new Retra Flash we are aiming to start the shippings until the end of September and deliver all pre-ordered flashguns before the end of October.”

The Flash Prime and Flash PRO share similar features and functionality but differ in terms of power: the former outputs 100Ws while the latter puts out 150Ws. The strobes have a beam angle of 130 degrees and a color temperature of 4900°K, and can be triggered fiber-optically as standard, with electrical triggering via an optional converter.

Backscatter is taking preorders for the $740 Flash Prime and $925 Flash PRO.