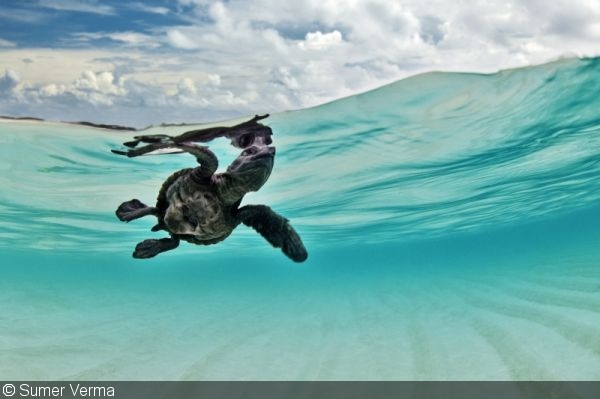 There’s just one week left to enter your top photos into the DEEP Indonesia Imaging Competition.

DEEP Indonesia is the second half of the Underwater Competition Series, which offers up more than $90,000 in prizes. Enter your top images into any of the diverse categories: Compact cameras, divers, animal portrait, animal behavior, reefscapes, and surf.

The deadline for the contest is February 27th, at 11:59 PM PST. More info can be found in the press release below or the official competition website.

The landmark 10th edition of the Underwater Competition Series, organized by founders DivePhotoGuide.com and Wetpixel.com, is returning in 2015 with over $90,000 worth of prizes up for grabs.

Opening on December 16, the series comprises Our World Underwater, known as the “Super Bowl” of underwater imagery events, and DEEP Indonesia, the signature component of Indonesia’s prestigious diving, adventure travel and extreme sports expo. Register and enter your photos on the Underwater Competition website. As every year, there is a host of amazing prizes to be won, including the latest underwater photography equipment as well as trips to the best resorts and on the top liveaboards. Prizes are awarded to winners in more than 15 categories, with the grand prizewinner of the Our World Underwater competition receiving $1000 in cash for the “Best of Show.”

The competition categories are aimed at photographers of all levels, from novices and compact camera users to professional wildlife photographers and even commercial or fashion photographers. As in previous editions, Our World Underwater features technical categories, while DEEP Indonesia offers themed entry categories. New this year in DEEP is a category dedicated to in-water surf, wave, and watersport photography.

“Our World Underwater and DEEP Indonesia have reached an impressive milestone, and we’re immensely proud to be celebrating the 10th anniversary of the series, with over half a million dollars’ worth of prizes over the last decade! These premier competitions showcase the wonderful talent in underwater photography from all over the world, and we’re looking forward to seeing another round of superb images this year.”

The Our World Underwater competition winners will be announced, and their winning images showcased, at the Our World Underwater Exhibition on February 27, while the winners of the DEEP Indonesia competition will be announced on April 16, with their entries exhibited at the show. Our international media partners will also be publishing the winning images, reaching an audience of millions.

Charlotte Simon wrote:
Awesome picture !!
You must be logged in to comment.
Support Our Sponsors
Advertise With Us
Newsletter
Travel with us