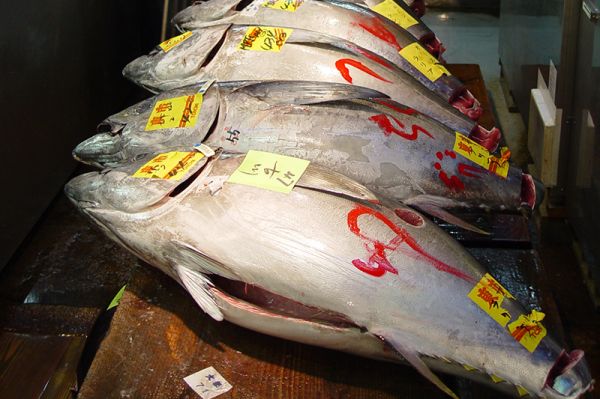 A record $3.1 million has been paid for a bluefin tuna at Tokyo’s new Toyosu fish market, which recently replaced the famous Tsukiji fish market. Caught off Japan’s northern coast, the huge fish weighed 612 pounds (278 kg) and was purchased by self-styled “Tuna King” Kiyoshi Kimura, who heads the Sushi Zanmai chain of sushi restaurants.

The previous record of 155 million yen ($1.4) achieved in 2013 was more than doubled by Kimura’s latest bid of 334 million yen. The auction prices are well above what is usual for bluefin tuna, which typically sells for up to $40 per pound. At the year-end auction, the price often rises to over $200 per pound, but the more than $5,000 per pound paid this time demonstrates the valuable PR benefits of winning the bid. However, says Jamie Gibbon, associate manager for global tuna conservation at The Pew Charitable Trusts: “The celebration surrounding the annual Pacific bluefin auction hides how deeply in trouble this species really is.”

Overfishing by Japan and other nations has resulted in stocks of the Pacific bluefin (Thunnus orientalis) being depleted by 97% compared to their pre-industrial levels, and the fish is now listed as “Vulnerable” on the IUCN Red List of Threatened Species. There are plans to rebuild stocks of the Pacific bluefin, with Japan, the U.S. and others agreeing to a target of 20 percent of historic levels by 2034, but the effort may be far too little, too late.