There currently exists a heated debate in the diving community concerning the benefits and consequences of Discovery Channel’s “Shark Week.” In fact, this month’s Scuba Diving Magazine featured a two-page spread dedicated to the issue. Although I’m quite torn on the issue, a New York restaurant’s latest menu item in honor of this year’s Shark Week has definitely put a mark down in the cons column in my mind- Bull Shark Tacos.

The creation of MexiQ Restaurant in Queens, the Shark Week tacos will be made up of "grilled bull shark, avocado, and guajillo orange salsa," according to the Village Voice’s Keith Wagstaff. Although some of the programs featured during shark week may serve to educate land-lubbing viewers, it is clear that such programing also inspires its share of tasteless responses like MexiQ. 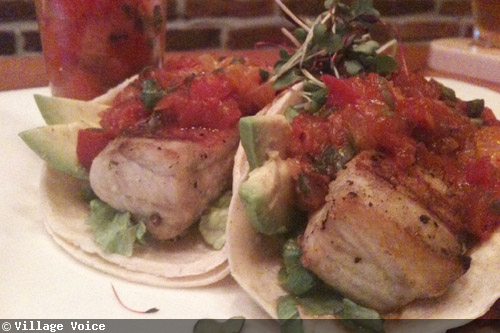 In addition to the Bull Shark tacos, MexiQ plans to host Discovery Channel viewing parties throughout the week. Although Bull Sharks are not yet on the endangered species list, it is disconcerting that MexiQ sees shark week as a business opportunity rather than a chance to promote awareness.

I have no plans to eat shark tacos next week, but I doubt that will stop other New Yorkers. As they say- "only in New York City."