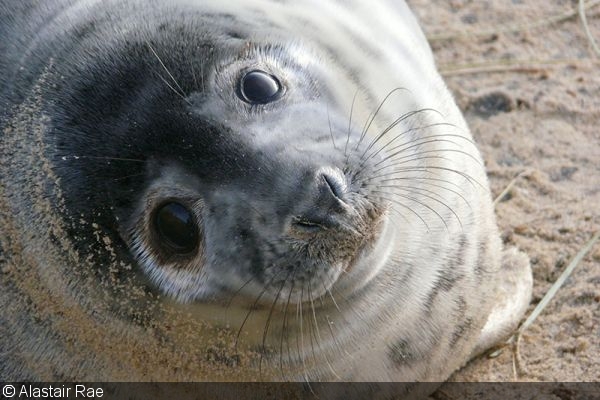 Seal pups are one of the cutest things in the ocean. But taking a selfie with these adorable adolescents can threaten their lives, warns the Marine Mammal Center.

The California-based non-profit organization is attempting to raise awareness about the serious consequences of taking selfies, approaching, or touching newborn seals. In a Facebook post, the Marine Mammal Center called the selfie the “[w]orst thing for seal pups since the invention of the orca.”

As it turns out, the presence of humans near the pups can spook the seal mother—so much so that it could permanently abandon its child. The exact reason isn’t known, but it could be a reaction to ensure survival of the mother.

“The pup will now slowly starve to death, alone,” the center writes.

So if you’re looking for a seal selfie, make sure it’s with an adult subject—and preferably one underwater.