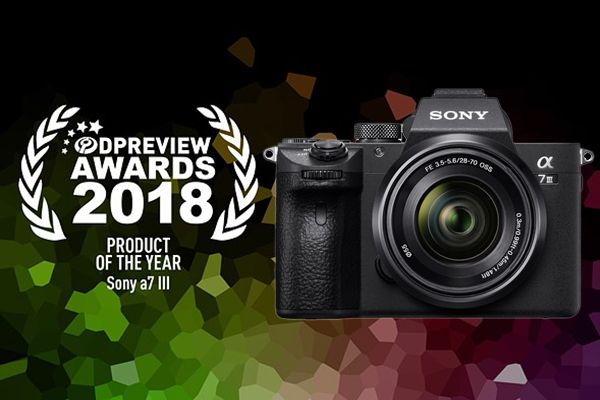 DPReview has awarded its favorite products of 2018, and the photo gear review site has given its top award—Product of the Year—to the Sony’s a7 III. The full-frame mirrorless was also considered the year’s Best Midrange ILC.

And if the continued rise of mirrorless cameras was ever in question, there were two other MILCs on the shortlist—the Fujifilm X-T3 and the Nikon Z7—and Tamron’s 28–75mm f/2.8 Di III RXD lens. (That Tamron lens, by the way, is the first third-party zoom lens designed to be compatible with Sony's full-frame mirrorless cameras.)