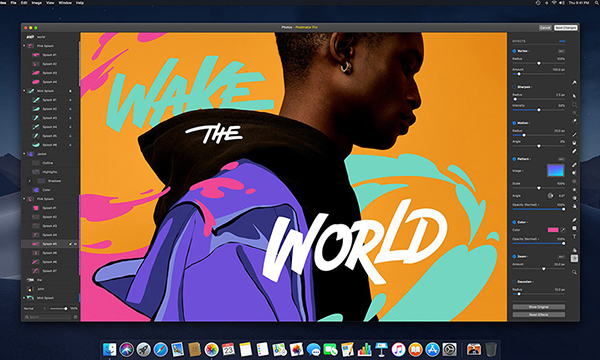 The makers of Photoshop alternative Pixelmator Pro have released a major update. The biggest selling point is that version 1.4—“Hummingbird”—comes with an extension that makes Pixelmator Pro’s full suite of editing tools available inside Apple Photos. That’s great news for anyone heavily invested in Apple’s photo-organizing app, which—until now—lacked the RAW editing features of programs like Lightroom.

The integration gives you Pixelmator Pro’s layer-based workflow, RAW editing capabilities, and all its other advanced features directly within the Photos app, with the ability to save “layers and other nondestructive changes directly to your Photos library and sync between computers via iCloud.”

As well as the extension, various other features have been added to Hummingbird: a new zoom tool, an updated crop tool, the ability to drag and drop (or copy and paste from Finder) layered files like Photoshop’s PSDs directly into the app, and “significantly” better performance when editing images with lots of layers.

Compatible with Macs running High Sierra or newer and a Metal-compatible graphics card, Pixelmator Pro retails for $40 on the Mac App Store.