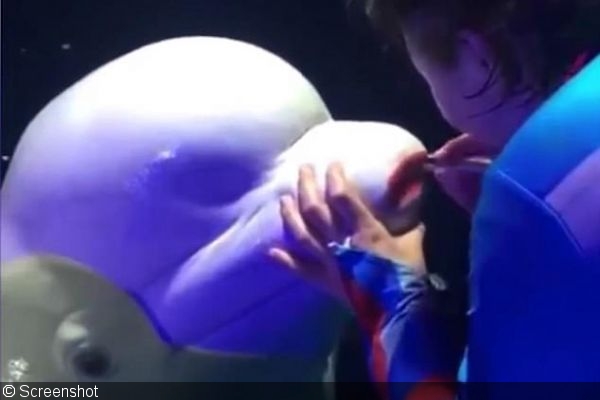 Animal protection group PETA is trying to give the kiss of death to a Chinese aquarium that put red lipstick on a beluga whale and filmed the entire stunt.

The resulting video has been met with resounding condemnation for the actions of the Sun Asia Ocean World trainer. The video – shared on the popular Chinese social media app Dou Tin – immediately raised questions of safety and ethics violations from PETA and viewers across the globe.

"Are the ocean's smiling angels now clowns?” PETA Asia asked rhetorically in a statement. “Lipstick contains substances harmful to animals. What about this beluga's well-being?"

The video speaks to larger concerns of marine mammal confinement conditions in Chinese aquariums. Sun Asia Ocean World has previously been reported for keeping belugas in shallow tanks, which can threaten the animals’ safety.

Regardless, we don’t think you need to put makeup on belugas to make them any more beautiful than they already are.