Welcome back to DPG's up to the minute coverage of the Our World Underwater show in Chicago! When we left you yesterday, we had started discussing the new underwater photo equipment. Want more? Fear not, DPG coverage was back in action today, covering some of the newest products from Nauticam, Ikelite, Aquatica, Olympus, and so much more.

One of the biggest releases in the last week -the new Sealife Mini II camera- was on display at the show, and DPG got a first hand look at this self-contained system.

Don't let the “Mini” in the title deceive you: the 9 megapixel camera features still, video, and playback settings for underwater/ land photography and a simplified menu designed to cull out some of the more extraneous settings. 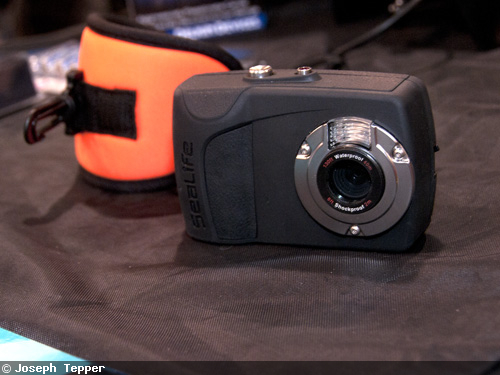 The shock and crushproof 'Mini' on display 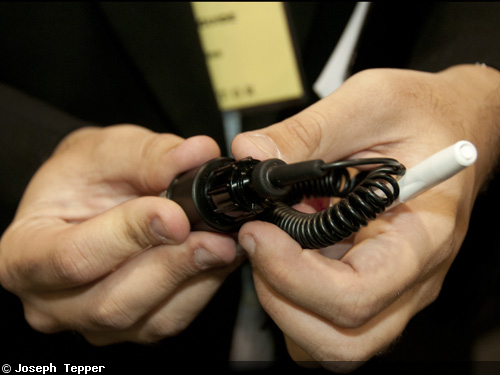 Ikelite also had cool gadgets, including a new fiber optics adaptor, which is set to go into production in a few weeks

Our next stop was Jean at the Aquatica booth, whose “How it's made” articles enlightened thousands to the unique world of underwater housing design and manufacturing. We caught a glimpse of Aquatica's sleek housing for the Sony NEX 5- an SLR type housing for the hot NEX camera system. 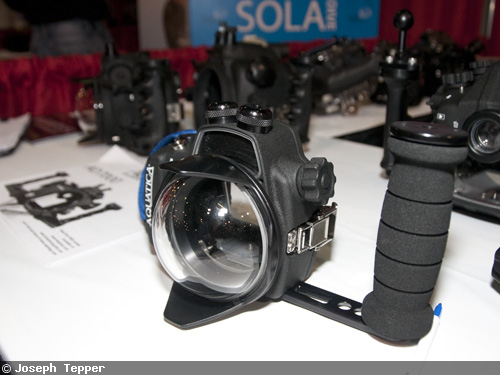 You can see the appeal of the housing with the Fisheye dome port, although Aquatica also makes a wide angle zoom dome port and a wide angle flat port. 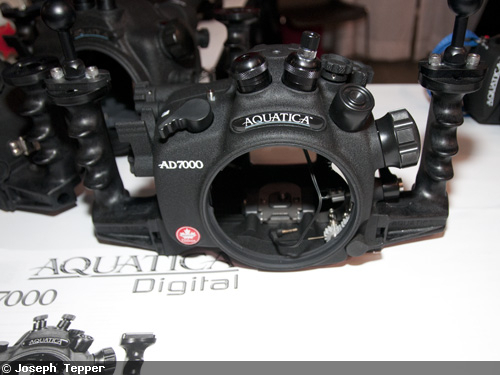 One of Aquatica's latest housing, the AD 7000 which was the subject of a great review done by Keri Wilk, was on display.

There was also word of an Aquatica extension ring with a focus knob for the Canon 5D Mark II and 7D camera's, designed specifically for shooting video with the 16-35mm and 17-40mm lenses. The next stop was the Nauticam booth, which featured their own housing for the Nikon D7000, as well as a prototype housing for the Panasonic LX5. 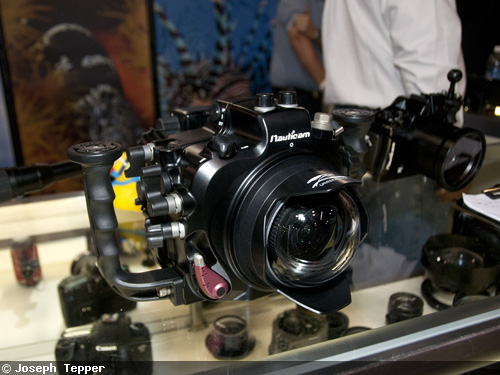 The Nauticam housing for the D7000 remains the first aluminum housing for this popular new DSLR, featuring the unique Nauticam port and main locking mechanism, as well as two plugs for fibre optic support and one for synch cables.

The housing for the D7000 also promotes easy control with the right hand, including shutter speed, aperture, and video controls all within a hands reach. 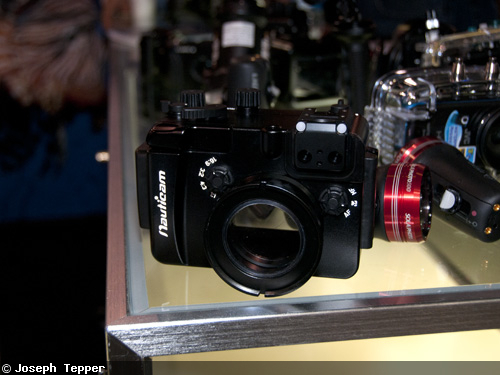 Also on display was the prototype housing for the compact Panasonic Lx5, which features a strobe mount built into the housing, an aspect ratio knob in front, and TTL in manual mode.
Perhaps the most busy of the photo booths at OWU this weekend was Backscatter, which seemed to attract large crowds of shutterbugs at all hours of the show. Here, we were introduced to some of the latest housings to hit the market (and some still waiting to ship!), including the PL2 for the new Olympus PEN 2, Olympus prototype housing for the XZ-1, and several Fisheye FIX housings. 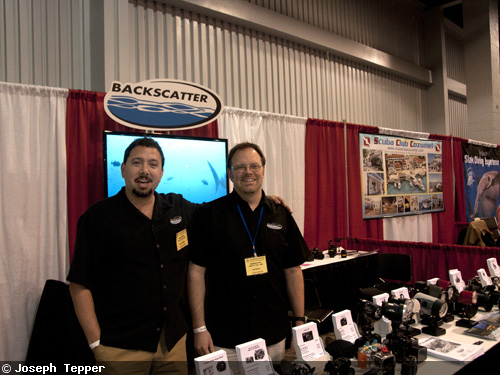 Jim and Russ at the impressive Backscatter booth 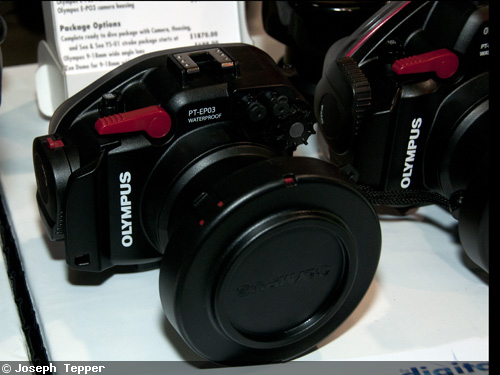 The new PEN 2 housing is set to ship in mid march  –a new camera model with a 14-42mm lens that has a fast focus motor– and features a sleeker design than its predecessor, while fitting the same ports used for the original PEN. 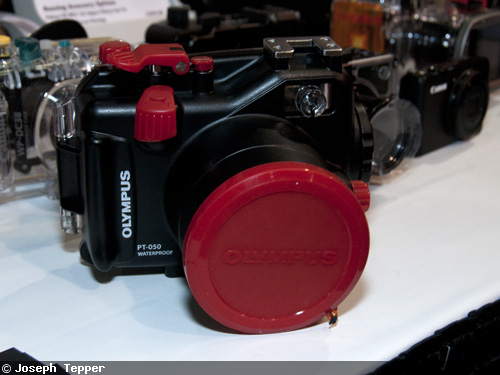 This sneak peek of the Olympus prototype housing for the XZ-1 is sure to compliment a promising new camera that features a bigger sensor than the Canon G12, 720 HD video at 30fps, and a 961,000 pixel LCD display.

Once we had combed through all the photo booths, it was time to check out the rest of the show. 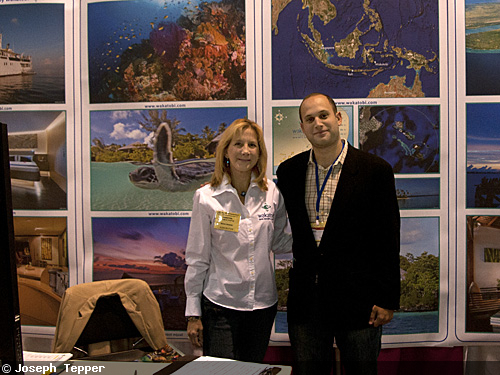 Saying 'hi' to Karen Stearns at the Wakatobi booth 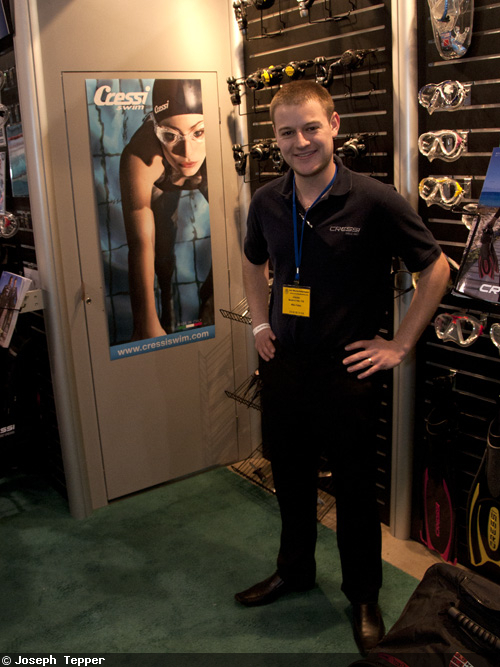 Checking in with our friends at Cressi 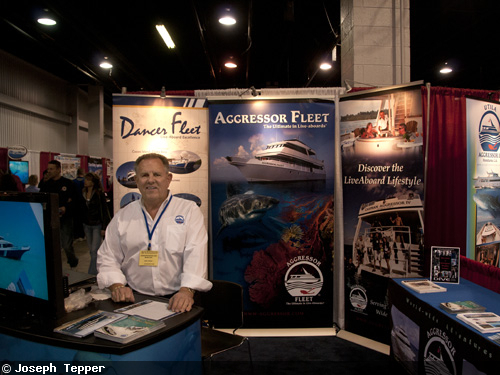 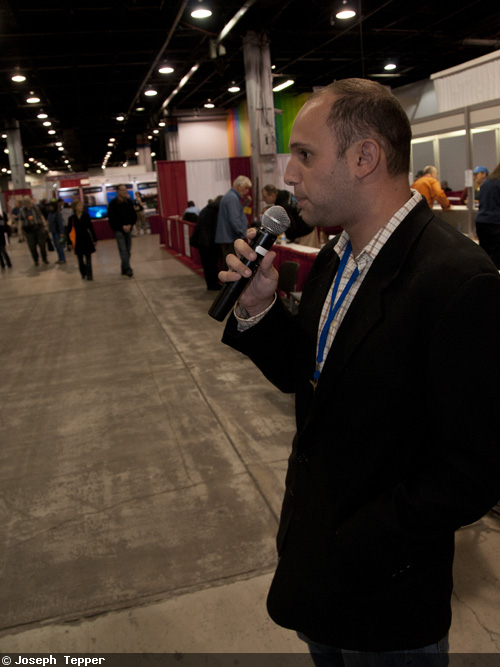 Matt, making photo announcements to the visitors of the show
And of course, Mr. Turtle was a crowd favorite, making several appearences throughout the show and keeping everyone entertained. 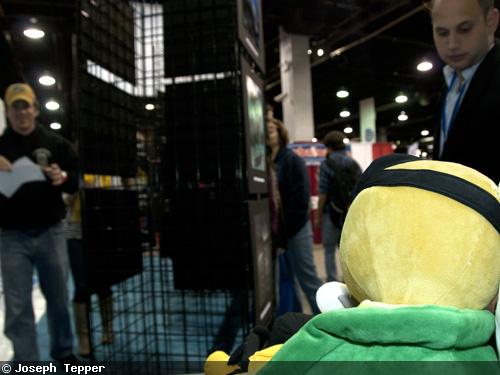 Mr. Turtle keeps an eye on the booth 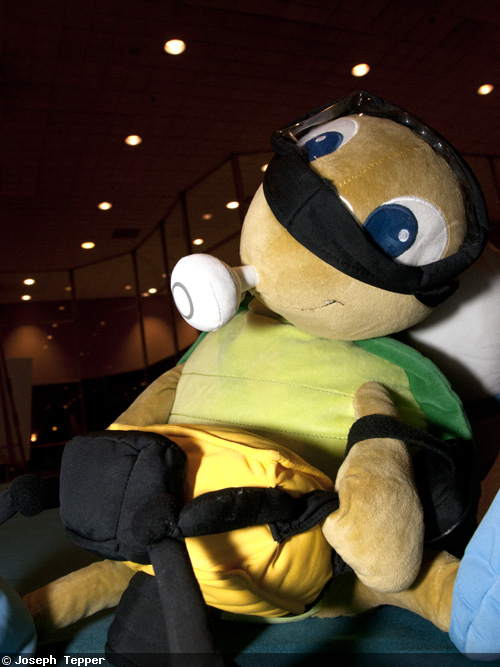 Waiting behind stage at the film festival... 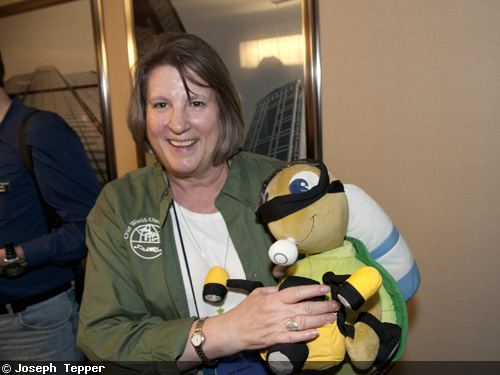 And of course, the hit of the party after the film festival 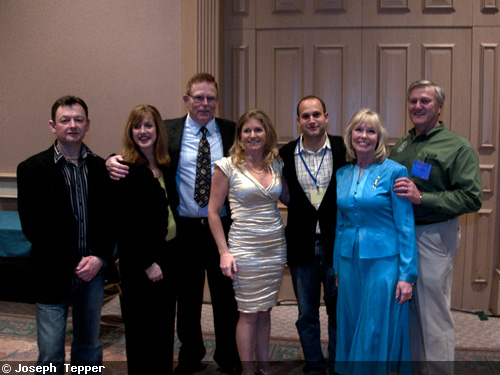 Matt and the stars of the first night's film festival, including Leigh Bishop, Valerie van Heest, David Trotter, and Annie Crawley !
What a weekend! 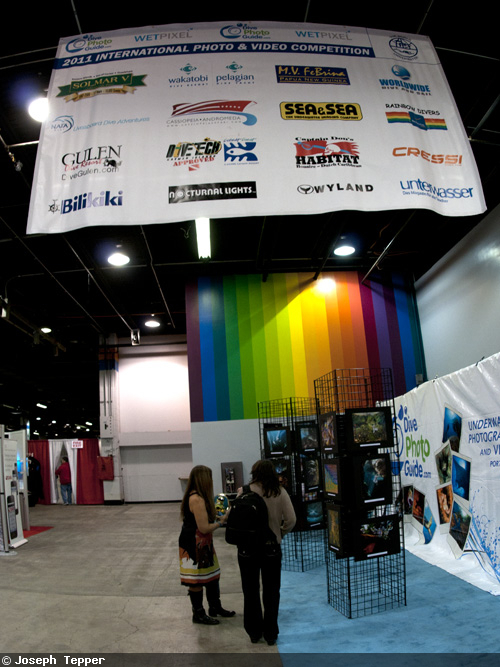 Again, thanks to our great sponsors, without whom this amazing experience and competition would not be possible. Until next time...