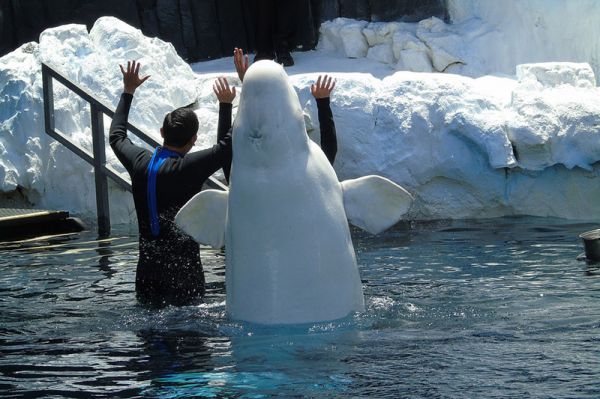 Here’s your cup of controversy to start the day. An opinion article in The Hill argues that marine mammals and pelagic species currently on display in aquariums should not be returned to the ocean, but kept in captivity to help inspire marine conservation efforts.

The article is authored by Robin Ganzert, a Ph.D. and CEO of American Humane, the nation’s oldest humane organization. Ganzert employs readers to forgo the emotional appeal of efforts to empty aquariums and to focus on the positive benefits offered by such attractions. In fact, she argues that by continuing to “empty” aquariums of prized animals, we may be harming conservation efforts.

The issue of aquariums or aquatourist attractions keeping marine mammals and pelagics (sharks and rays) is a divisive one to be sure. And while Ganzert’s plea is unlikely to sway opinions on either side, it is an interesting read and informative. Have a sip of it.

hot mail wrote:
good! masterpieces of the Creator
I also have some related works: http://hotmailsignin1811.blogspot.com/
You must be logged in to comment.
Support Our Sponsors
Advertise With Us
Newsletter
Travel with us