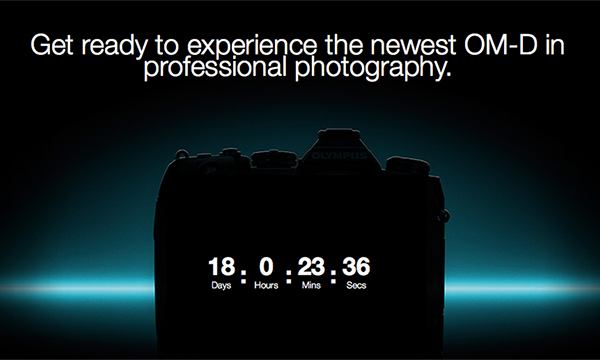 The countdown to the announcement of the new flagship Olympus Micro Four Thirds camera has officially started—and you’ll only have to wait till January 24th to see what the company celebrating its 100th anniversary has dreamed up.

While all eyes were on Nikon, Canon and Panasonic unveiling their full-frame mirrorless cameras in 2018, Olympus had no such big news to share last year, with their only significant release, back in March, being the PEN E-PL9, a 16MP camera with a 4/3 sensor that attempted to convince the smartphone-toting masses that there’s value in having an actual camera.

So, what do we know, or think we know, about the forthcoming “professional” OM-D? First, it’ll be called the E-M1X, not the E-M1 Mark III. Second, if you were hoping for an Oly with a full-frame sensor, you’ll be disappointed to learn that it’ll still be Micro Four Thirds, though probably using the highest resolution sensor of any camera of its kind so far. Third, it’s supposedly “huge” for an MFT camera: 5.7" x 5.8" x 3"—significantly bigger than the E-M1 Mark II and with an apparently square form that suggests a built-in vertical grip. The rumor sites are also optimistic that we’ll see better low-light performance, much improved phase-detect autofocus, even more impressive five-axis image stabilization, Panasonic levels of video performance, and dual card slots. And all for somewhere between $2,500 and $3,000.

Well, who knows if any of this stuff is accurate? But at least you now know exactly how long you’ll have to wait to find out.