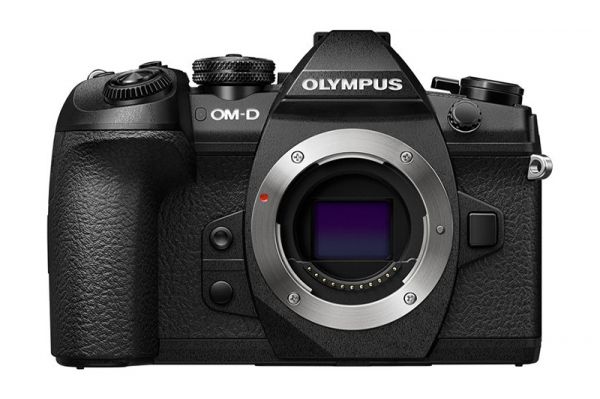 It may be nearly three years old, but Olympus apparently believes there’s still life in the venerable OM-D E-M1 Mark II: A major firmware upgrade endows the camera with many of the features of the recently released E-M1X.

Check the press release below for a full list of changes.

This upgrade utilizes the OM-D E-M1X algorithm, which was developed based on the shooting needs of the professional photographer. With the goal of achieving performance that responds to demanding shooting conditions, such as fast movement in sports, etc., C-AF Center Priority delivers high-precision tracking of moving subjects and sudden subject movement. AF precision for still subjects when using S-AF is improved for various subjects compared to OM-D E-M1 Mark II firmware Version 2.3. Active use of information from the On-chip Phase Detection AF sensor also improves AF performance while shooting video.

Group 25-point has been added to AF Target, and is effective for photographing birds and other small subjects. C-AF Center Priority is now available, and repeatedly autofocuses with priority on the center point in Group 5-point, Group 9-point, and Group 25-point. If AF is not possible in the center point, the peripheral points in the group area assists, which is effective for subjects that move around quickly. In addition, C-AF+MF1 is included which allows users to instantly switch to MF by turning the focus ring while in C-AF for fine tuning the focus.

The AF low light limit when an f/1.2 lens is attached is -6.0 EV (ISO 100 equivalent for S-AF), enabling high precision focusing in both dark scenes and for low-contrast subjects.

USB RAW Data Edit2 is now supported for much faster RAW processing in Olympus Workspace by connecting the camera to a computer to use the power of the OM-D E-M1 Mark II TruePic™ VIII image processor.

USB RAW Data Edit is now supported for much faster RAW processing in Olympus Workspace by connecting the camera to a computer to use the power of the OM-D E-M1X TruePic VIII image processor.

Previously, when using Focus Stacking on a computer, it was necessary to use commercially available third party software to composite images. Now, t is possible to composite up to 999 images in Olympus Workspace.

Lighten Composite is now supported by Olympus Workspace, making it possible to create images similar to Live Composite on the camera. Darken Composite has also been added.

USB RAW Data Edit has been added for much faster RAW processing in Olympus Workspace by connecting the camera to a computer, using the power of the OM-D E-M1 Mark II and OM-D E-M1X TruePic VIII image processor.

✓ reflects the functions that have been upgraded with the firmware.

2This new function makes RAW processing much faster by using the TruePic VIII image processor on the camera via USB connection. Olympus Workspace and the supported camera must both be updated with required firmware. The available editing options from Olympus Workspace are limited to RAW editing options that can be handled internally in the camera. Compatible models are OM-D E-M1X and OM-D E-M1 Mark II, and images are saved in JPEG format.

3Images must be shot with a lens that supports Focus Stacking.