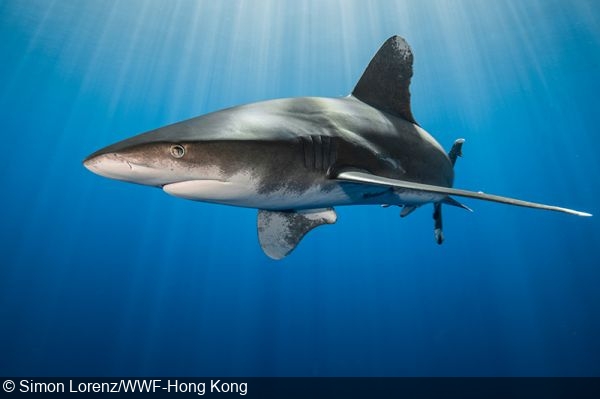 The Thirteenth Meeting of the Conference of the Parties to the Convention on the Conservation of Migratory Species of Wild Animals (CMS COP13) has concluded in Gandhinagar, India, with resolutions to conserve migratory species globally. With the adoption of the Gandhinagar Declaration, “Critically Endangered” oceanic whitetip sharks are among the new species that will receive the strictest protection under Appendix I, alongside Asian elephants, jaguars and great Indian bustards.

Meanwhile, by being placed under Appendix II of the convention, the smooth hammerhead shark and the tope shark, among others, will benefit from enhanced international cooperation and conservation actions. The Declaration also called for “concerted action” for the Irrawaddy and South Asian river dolphins, “Endangered” species already listed on Appendix I and II.

The conference saw the presentation of the first report on the Status of Migratory Species. “The initial status report has been a real wake up call for the Convention, and Parties recognized the importance of a more thorough analysis. CMS COP13 has given a clear mandate to prepare a flagship report on the status of migratory species which will give us a better idea of what is happening on the ground, and also provide a much needed tool for understanding where we need to focus our work,” said CMS Executive Secretary Amy Fraenkel.

Welcoming the move, Andy Cornish, Leader of “Sharks: Restoring the Balance,” WWF’s international shark and ray conservation program, said: “The most recent conservation assessment indicates that [the oceanic whitetip] is now critically endangered, with global population down by over 98%, and the Western and Central Pacific Fisheries Commission has highlighted the risk of extinction in that region.”

joan melda wrote:
When students seek our Psychology Research Paper Writing Services from us, they are assured to receive the best Online Psychology Writing Services that meets all their writing needs and Legitimate Psychology Research Writing Help one that has been written following all the instructions.
https://www.meldaresearch.com/psychology-writing-services/
You must be logged in to comment.
Support Our Sponsors
Advertise With Us
Newsletter
Travel with us