“The Ocean Reglitterized,” an exhibition of underwater photography and sculpture, will be opening September 16th at the Pelham Art Center just outside of New York City.

"While diving, I'm able to integrate my own physical self into the very flux of 3D, as opposed to forming art into a separate world,” explains Dorson. “Composition isn't initially sought within the viewfinder - it's defined by constantly composing myself through interaction with the life that surrounds me." 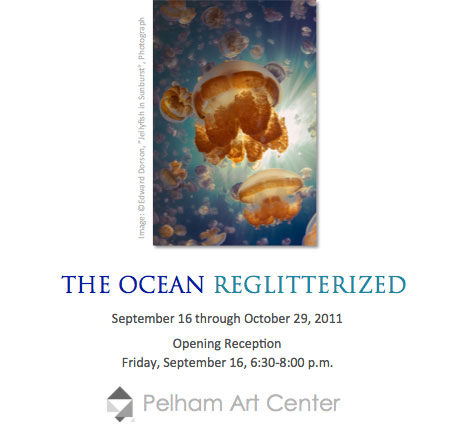 The exhibit will kick off on Friday, September 16 with a free opening reception from 6:30-8pm; and will run through the end of October. More information on this exciting new exhibit can be found on the Pelham Art Center’s website.