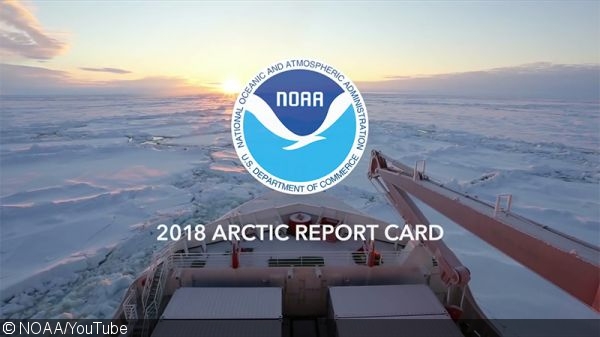 The latest Arctic Report Card, issued annually by the National Oceanic and Atmospheric Administration (NOAA) since 2006, has offered another grim assessment of how warmer air and sea temperatures are changing the Arctic, from reduced sea ice to expanded toxic algal blooms. The report joins various other recent studies quantifying the impact of human-induced climate change, including the October report by the UN Intergovernmental Panel on Climate Change (IPCC), Global Warming of 1.5°C.

The key takeaways from the report include:

“Arctic amplification,” caused by multiple feedback loops, is responsible for the higher-than-average warming of the region. For instance, warmer temperatures result in less ice and snow, meaning less reflected sunlight and more sunlight absorbed by darker oceans, in turn warming the water even more and reducing sea ice further. And there’s a knock-on effect: Changes in sea ice are affecting ocean currents, which is in turn causing extreme weather events at lower latitudes, such as the Nor’easters that hit the US or the extreme cold that struck Europe in the early part of 2018.

With President Trump pulling the US out of the Paris Agreement on climate change and global emissions of carbon dioxide on the rise again, the dire situation in the northern polar region shows every sign of worsening.