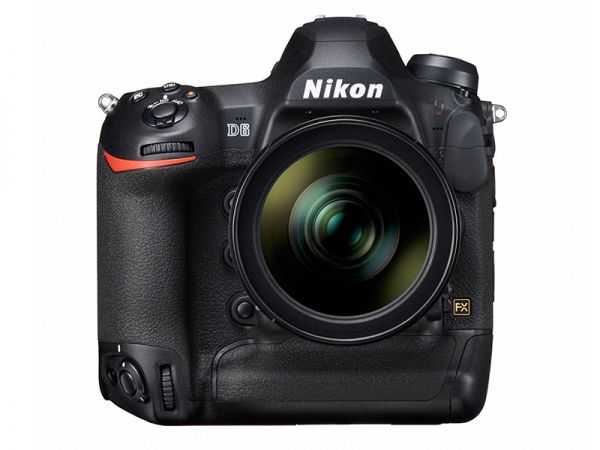 The DSLR is dead, long live the DSLR! It’s official: Nikon’s new flagship pro DSLR is coming. But, boy, is the press release—below—a nonevent. If you were expecting some mouthwatering morsels in the specifications department, we’re afraid you’ll be sorely disappointed. The only thing you can count on, according to Nikon, is that the D6 will be “its most advanced DSLR to date.” Oh, and that’s a proper Nikon picture of the camera.

We also have no idea when the D6 will be launched, but being a DSLR aimed primarily at pro sports shooters, you can bet we’ll all be fully apprised of its specs by the time the Tokyo Olympic Games roll around next summer.

Until then, just keep on dreaming, folks...

Nikon released the D1 digital SLR camera in 1999, making 2019 the 20th anniversary of the single-digit D series. Thanks to the imaging know-how cultivated over Nikon's long history in camera development, Nikon's professional DSLR cameras have continued to evolve by introducing some of the industry's most advanced technologies and responding to the strict demands of professional photographers with the ultimate in performance and reliability, even in the most severe conditions. With the D6, Nikon is currently developing its most advanced DSLR to date.

This year also marks the 60th anniversary of the Nikon F mount. The new AF-S NIKKOR 120-300mm f/2.8E FL ED SR VR F mount lens that Nikon is developing will provide professional photographers in fields such as sports photography with even greater support.

Nikon is striving to expand possibilities for imaging expression and leading the way in imaging culture with both DSLR and mirrorless camera systems, as well as a rich lineup of NIKKOR lenses.

Details including release dates, pricing and specifications for these products will be announced at a later date. For more information on the latest Nikon products, please visit www.nikonusa.com.