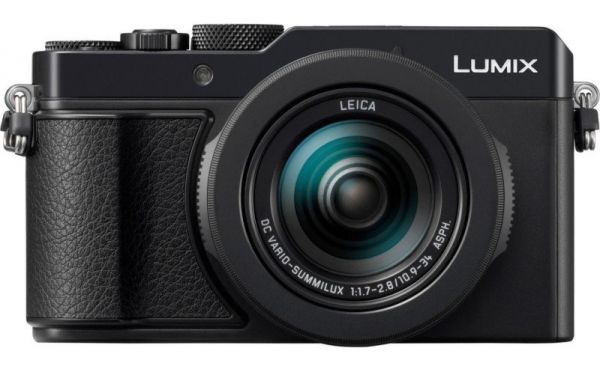 Panasonic has unveiled the Lumix LX100 II—the company’s latest version of an ultra-high-end compact camera. The camera’s main changes come in the form of a 17-megapixel Four Thirds sensor (compared to 12.8MP on the LX100) and the addition of a touchscreen.

This camera remains capable even for advanced underwater photographers with separate controls for shutter speed, aperture, and exposure compensation. The autofocus capabilities won’t leave you wanting: The LX100 II can lock focus in just 0.1 seconds. Continuous shooting speeds reach 11 frames per second. And video is captured in 4K resolution at 30p (or 24p in MP4).

It’s a bit unexciting for underwater purposes, but one of the headlines of the LX100 II is its new touchscreen—a multi-touch screen with a resolution of 1240K dots. The electronic viewfinder (EVF) is expected to produce a more realistic representation of the scene—lacking the oversaturation and exposure issues experienced by some with the original model. 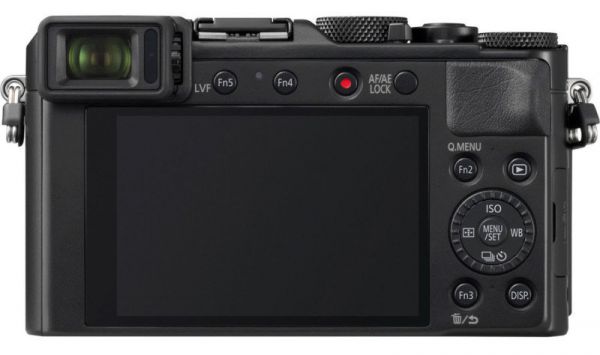 It’s been four years since Panasonic released the original LX100, and many of the improvements come from inside the Mark II model, although there is a slightly more pronounced grip and tweaks to controls that will likely necessitate the purchase of a new housing for underwater use.

The LUMIX LX100 II newly integrates a total 21.77-megapixel sensor to achieve an effective 17.0 megapixels in 4:3 aspect ratio. Even the finest details can be precisely captured with the increased resolution of this new sensor. Together with a high-speed, high-performance Venus Engine image processor, it achieves superb image quality with natural, true-to-life description.

The included LEICA DC VARIO-SUMMILUX lens (35mm camera equivalent: 24-75mm) boasts a high-speed of F1.7-F2.8, and high descriptiveness in detail and resolution corner-to-corner. And, together with the large MOS Sensor, the lens also produces a stunningly beautiful defocus. At the same time, a nine-blade aperture diaphragm helps produce bokeh with smooth, circular shapes. The versatile zoom range of 24-75mm (35mm camera equivalent) is ideal for wide-ranging photography from snapshots to portraits. Notably, landscapes can be captured in dynamic 24mm ultra-wide angle in any of 4:3, 3:2 or 16:9 aspect ratios, thanks to the multi-aspect capability. An aperture ring allows direct, intuitive aperture control to take maximum advantage of this high-speed lens. A minimum working distance of 3cm is all that is required to take stunning macro shots with intricate detail.

The LUMIX LX100 II is also superior in response. With DFD (Depth from Defocus) technology, accuracy and speed are improved to achieve Light Speed AF of approx. 0.10 sec* to capture fleeting photo opportunities. High-speed burst shooting is possible at 11 fps in full resolution. 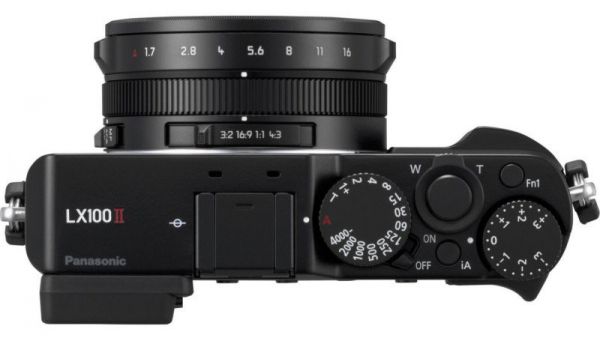 The LUMIX LX100 II incorporates a new 4/3-type (inch) total 21.77-megapixel High Sensitivity MOS Sensor to acquire even higher resolution than its predecessor, the LX100. It boasts multiple aspect ratios (4:3/3:2/16:9) and the effective area in the 4:3 aspect ratio is 17.0-megapixel, which is more than approx. 1.6x larger than that of a 1-inch sensor. This new high-resolution MOS Sensor maintains an excellent S/N ratio for a dramatic reduction in noise, even when shooting at a high ISO setting at max. ISO 25600 corner-to-corner reproduces the finest details, and an impressive defocus with a shallow depth of field from wide to tele-end, making the subject stand out.

The Venus Engine renders vibrant, high-quality, true-to-life images with excellent resolution, high contrast and impressive color reproduction. The advanced Multi-process NR (Noise Reduction) applies effective noise reduction and detail processing according to each component frequency. Plus, Random Filter granulates chromatic noise to blend into the image even more naturally. As a result, the maximum ISO 25600 (Extended) is achieved. A sharpening engine controls over wider frequency range by adjusting the amount of sharpness according to the frequency level, resulting in a faithful stereoscopic effect. The Venus Engine also excels in color reproduction with accurate evaluation of each color, similar in color phase, saturation, and luminosity. With its 1728-zone metering, more precise WB adjustment and natural image rendering are available.

The combination of the High Sensitivity MOS Sensor and the Venus Engine achieves stunning picture quality that rivals that of DSLRs.

The versatile zoom range of 24-75mm (35mm camera equivalent) is suitable for wide-ranging photography from snap to portrait. Notably, landscapes can be captured in dynamic 24mm ultra-wide angle in any of 4:3, 3:2 or 16:9 aspect thanks to the multi-aspect capability. The aspect can be set quickly with the aspect switch on the lens barrel. A Multi-Aspect Bracket allows shooting still images in 4:3, 3:2, 16:9 and 1:1 aspect ratios simultaneously with a single shutter release.

Stunning macro shots can be shot with minimum working distance of 3cm (wide) and 30cm (tele) to describe the detail of the subject, despite its large-sized sensor. It also complies with maximum 1/4000 (mechanical) and 1/16000 (electronic) high shutter speed.

The LUMIX LX100 II integrates a LVF (Live View Finder) with 2764K-dot equivalent high resolution and approximately 100 percent color reproduction. This 16:9 Wide Screen LVF boasts approximately 1.39x / 0.7x (35mm camera equivalent.) magnification and 100 percent field-of-view. It comes with the Eye Sensor that automatically turns ON/OFF according to the photographer’s action. The Eye Sensor AF starts auto focusing immediately when the photographer looks into the LVF to prevent missing the shooting opportunity. The image output between the LVF and the rear monitor is switched automatically with the eye sensor on the LVF, which features options of sensitivity – high, low and off – to reduce false operation caused by touching the rear monitor.

The LUMIX LX100 II is equipped with a variety of advanced functions to spur potential of advanced photographers. It allows direct, intuitive control with dedicated rings and dials, such as aperture ring, control ring, shutter speed dial or exposure compensation dial. For example, controls including manual focus, zoom and step zoom can be operated with the control ring. An ergonomically designed synthetic leather grip ensures a stable hold.

DFD (Depth from Defocus) technology calculates the distance to the subject by evaluating two images with different sharpness levels, while consulting the data of optical characteristics of the current lens in a moment. As a result, the LUMIX LX100 II achieves high-speed AF of approximately 0.10 sec and high-speed burst shooting at 11 fps (AFS) / 5.5 fps (AFC) to capture fast-moving subject just in-focus. The LUMIX LX100 II integrates Starlight AF to allow users to shoot a star in the sky at night with auto focus. This can be achieved by accurate calculation of contrast value in a smaller AF zone.

With its high-speed signal readout of the sensor and engine processing, the LUMIX LX100 II records smooth, high-resolution 4K videos in 3840x2160 resolution at 30p or 24p.

Taking full advantage of 4K technology, users can enjoy 4K PHOTO to capture fleeting photo opportunities at 30 fps in eight-megapixel equivalent resolution by extracting a frame of the most photogenic timing out of the 4K burst file to save as a photo. Three exclusive functions are integrated into the LUMIX LX100 II to make 4K photography even easier: 4K Burst Shooting, 4K Burst (Start/Stop) and 4K Pre-burst. The 4K Burst shooting allows consecutive shooting at 30 fps, which can be used just like photo burst shooting. Users can also choose either 4:3, 3:2 or 1:1 in addition to 16:9 with the aspect switch.

Choosing the best shot out of hundreds of frames recorded with 4K PHOTO is now easier with the newly-added Auto Marking function. It lets users jump to the nearest frame where differences are obvious between consecutive frames to minimize the time it takes to choose the best shot. With Sequence Composition, it is possible to make a stromotion image by synthesizing multiple images shot at a fixed frame with 4K PHOTO. A unique image reflecting the subject’s motion can be easily produced in-camera without a special retouching process.

The LUMIX LX100 II also comes with a Post Focus function to select the in-focus area even after shooting. This is particularly helpful in situations like macro shooting, where strict focusing is required or for changing expressions by changing the focused subject. This function was developed by combining the high-speed, high-precision DFD (Depth from Defocus) auto-focus technology and 4K technology. The Focus Stacking function enables users to adjust the depth of field after shooting by combining multiple images shot with the Post Focus function in the camera. Users do not need to focus strictly while shooting as they can obtain the image with the defocus level they want or pan-focus the image by simply selecting the focus area after shooting. This is beneficial when shooting macro shots of insects, small accessories and similar subjects

In addition, the LUMIX LX100 II incorporates Light Composition function as a new option of 4K PHOTO mode. The camera synthesizes images by choosing and saving a brighter pixel. This makes it possible to produce more luxurious, dramatic images of situations such as fireworks or night scenery in-camera with ease.

Filters and Creative Panorama: The LUMIX LX100 II integrates a variety of artistic functions that adds fun to digital photography. A total of 22 filters are available to take pictures with and without filter effect simultaneously, so that users can compare them to choose later. With the Creative Panorama function, it is possible to shoot a horizontal / vertical panoramic image with consequent shots taken by overlaying the previous picture and adding 18 filter effects. 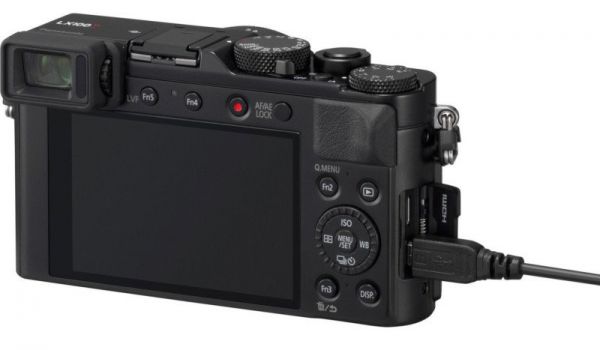 Bluetooth® 4.2 and Wi-Fi® 2.4GHz (IEEE802.11b/g/n): The LUMIX LX100 II integrates Bluetooth® and Wi-Fi® connectivity to provide a more flexible shooting experience and instant image sharing with easy operation. Once the camera is connected to a smartphone or tablet installed with Panasonic's dedicated application software (Panasonic Image App for iOS / Android), users can shoot, browse and share images remotely. Compatibility with Bluetooth 4.2 (called BLE: Bluetooth Low Energy) enables constant connection with a smartphone/tablet with minimum power consumption. This enables the camera to activate by simply using a smartphone/tablet or to add a GPS geotag on the photos automatically.

AC/USB Power Charging: The camera’s battery can be recharged either via AC or USB according to the users’ convenience.

Sideros Sideros wrote:
amazing article !
You must be logged in to comment.
Support Our Sponsors
Advertise With Us
Newsletter
Travel with us