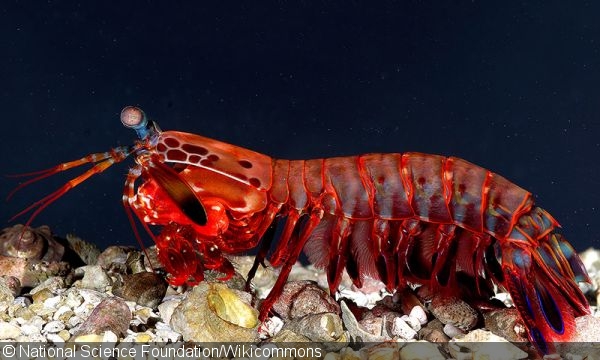 A new camera that can see polarized light was recently developed by researchers at the University of Illinois. The camera was inspired by the alien-like marine species, the mantis shrimp. By copying the makeup of the mantis shrimp’s eye, researchers have made a camera that enables the human eye to see things it once could not and may help with early cancer detection.

A mantis shrimp has one of the most complex eyes in the animal kingdom. Compared to the human eye, the mantis shrimp has 13 more color receptors and six polarization channels—none of which humans have. One of the researchers, Viktor Gruev, pointed out: “These organs not only surpass the sensitivity of our own visual systems, they also capture more visual information, using less power and space, than today’s most sophisticated, state-of-the-art cameras.”