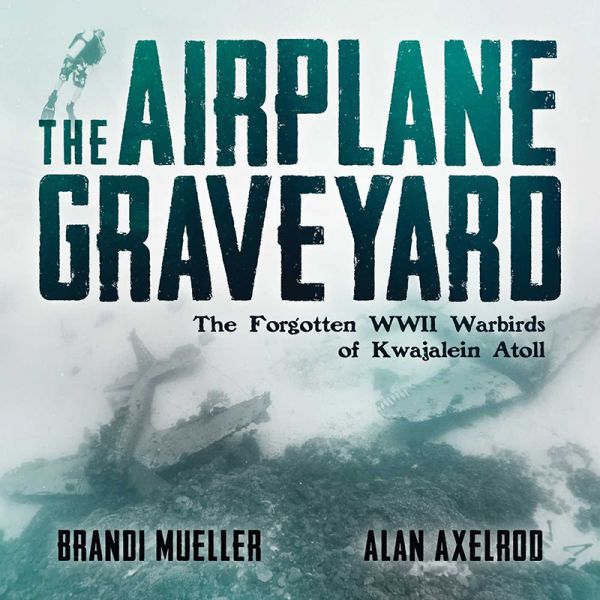 DPG contributor and Instagram guru Brandi Mueller is thrilled to announce the release of her new book, The Airplane Graveyard: The Forgotten WWII Warbirds of Kwajalein Atoll.

Brandi’s stunning images—along with text provided by historian Alan Axelrod—take the reader into an immersive experience of diving and re-discovering these iconic war planes. Kwajalein Atoll is home to roughly 150 sunken American WWII airplanes: “Brandi Mueller has dived to depths of 120 feet to capture rare images of these forgotten war birds, many looking as if they could still take off and return to the war-torn skies at any moment,” teases the press release for the book.

Just in time for the holidays, The Airplane Graveyard is set to be released on December 4th, 2018. The hard-copy version will be available on Amazon for the affordable price of $19.49. Learn more in the press release below.

Extraordinary images, never before published in book form, of the forgotten American WWII Airplanes at the bottom of the Kwajalein Atoll lagoon, from award-winning underwater photographer Brandi Mueller.

At the end of WWII, around 150 American airplanes, all veterans of the Pacific war, were dumped in the lagoon of Kwajalein Atoll, Marshall Islands. A master diver and superb underwater photographer, Brandi Mueller has dived to depths of 120 feet to capture rare images of these forgotten war birds, many looking as if they could still take off and return to the war-torn skies at any moment.

Encrusted in coral, these haunting aircraft are now home to a colorful array of tropical Pacific marine life, including fish, turtles, and even the occasional shark.

Discover the stories of these historic aircraft, their heroic role in the Pacific Theater of WWII, and how and why they ended up here.